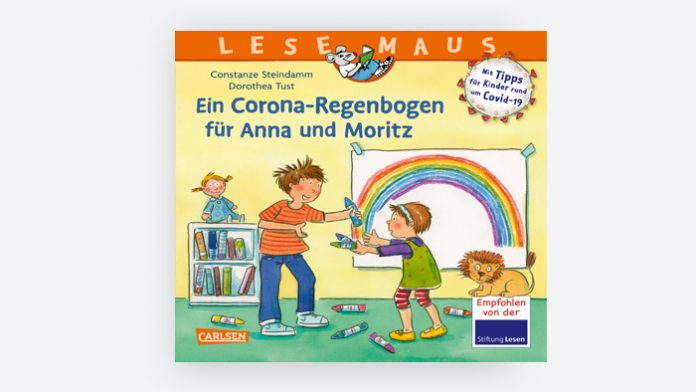 A publisher in Germany has censored a children’s book that said COVID-19 originated in China after Beijing demanded the book’s removal and an apology.

Written by author Constanze Steindamm and illustrator Dorothea Tust, the book, whose German title translates as “A Corona Rainbow for Anna and Moritz,” was published by the Carlsen-Verlag publishing house in Hamburg. It aims to provide “the most important tips for daycare centers and elementary schools on how to behave properly during coronavirus pandemic,” the publishers said, adding that it was an “affectionate nonfiction story”, Deutsche Welle(DW.COM) reported.

The Chinese consulate in Hamburg promptly threatened the Carlsen publishing house with filing criminal charges, demanding the recall of the book as well as a public apology.

Carlsen publishing house complied with the demand, telling DW that it had “stopped delivery of the book.” A new edition with a different wording regarding the origins of the virus is already in the making.

The publishing house said that the original version had been in line with what was being reported at the time of the release of the first edition, adding that “today we would no longer use this wording, as its meaning has proven to be far more open to interpretation than we had intended.”

Deutsche Welle, a public media outlet in Germany expressed shock that China had sought to interfere in a children’s book which ran to just a few thousand copies and why the publishing company was so eager to cave in to a government located 4,600 miles away.