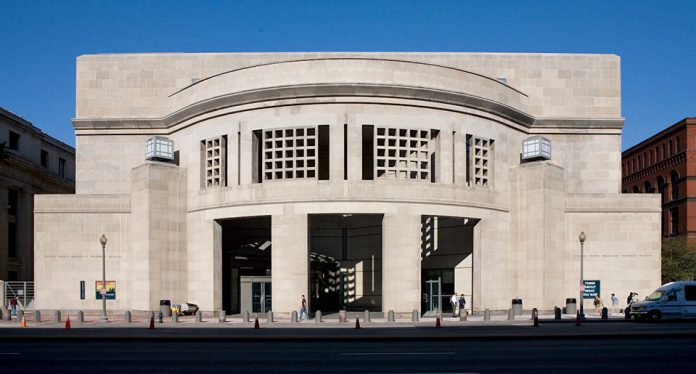 As the U.S. Holocaust Memorial Museum prepares to lead America’s annual national commemoration of the Holocaust during the Days of Remembrance from April 4-11, the Museum continues its race against time to collect and record oral history testimonies before the last generation of Holocaust survivors is no longer with us.
While the Museum’s doors have been closed to visitors during the coronavirus pandemic, the Jeff and Toby Herr Oral History Archive, one of the largest and most diverse collections of Holocaust testimonies in the world, experienced one of its most productive years in 2020, conducting 181 remote interviews in Europe and the United States with survivors and witnesses to the Holocaust. In 2019, 148 interviews were conducted. The increase in interviews last year is attributed to expanded reach through virtual platforms, whereas previously most interviews were conducted in-person.
One of the oral testimonies that the Museum recorded in 2018 was that of Frederick Lubcher, who passed away two years later on November 29, 2020. Lubcher was an attorney and retired partner and chair of the Trust and Estates department of Fried, Frank, Harris Shriver & Jacobson, LLP in New York – and he was also a child Holocaust survivor who went nearly his entire life without talking about his Holocaust experience – until he recorded his oral testimony with the Museum at the age of 87.
“He hardly spoke about what happened to him in the Holocaust — we never really knew until the Museum recorded his oral testimony,” said his son Jeremy Lubcher, who resides in Princeton, N.J., with his wife Amy. “I am so grateful my father recorded his experience because we not only learned so much that we would have never known, but we now have a living memorial of him and when I need my dad, I watch it.”
Jeremy, his brother Howard Lubcher, and their spouses and children are grateful to have their father’s and grandfather’s Holocaust survival story, and the specific details of how he escaped Nazism in Poland and Austria, forever preserved by the Museum and accessible on the Museum’s website as an educational resource, and evidence of Holocaust history.
Howard and his wife Mari Lubcher, of Armonk, N.Y., stated, “We are so incredibly proud of who our father was, and thankful to the Museum for preserving the memory of his struggles and accomplishments. We hope that in some way these oral testimonies will help keep the memories of the survivors, and the histories of their endurance and perseverance, alive.”
A private foundation just made a $250,000 gift to the Museum’s oral history archive to honor the memory of Lubcher, who was a longstanding trustee of the foundation, and Shirley Lubcher, his wife of beloved memory, who passed away two months after Frederick.
“I think it’s great that the foundation is making a gift in honor of my father and the oral testimony archives, which mean so much to me,” said Jeremy Lubcher. “If people start seeing these oral testimonies, they will have a better understanding of the Holocaust.”
To date, the Museum’s oral history archive contains more than 25,000 interviews produced and acquired from individuals, institutions and organizations.
“We know there are many others who can relate to the Lubcher family’s experience, and we hope that the Lubchers’ meaningful story will encourage others to contact the Museum to record their oral testimonies with the profound understanding of how precious time is,” said Andi Barchas, director of the Museum’s Northeast Regional Office.