Jeff Hafif, the man who was arrested on Thursday for severely abusing his wife in the Gravesend section of Brooklyn and who intentionally withheld a Get (bill of Jewish divorce) for 17 years from his previous wife, finally gave a Get on Sunday morning.

Hafif’s arrest came after a recording was circulated of Hafif verbally abusing his wife and children.

Today at the #FreeElizabeth rally on Ocean Avenue I spoke how we must help these women & how we can LEVEL UP our legal/legislative approach in a manner that doesn’t conflict with our religious beliefs. There are REAL options and I will discuss them more in detail on social soon. pic.twitter.com/J95mKYCGyL

According to comments on the SYAlerts page on Instagram, Yvette Khafif was given her get on Sunday morning after 17 long years waiting for it. The alert said” Just got off the phone with Rabbi Eli Mansour. A get has been given to Yvette Hhafif after 17 years. Thanks to the hard work of Rabbi Shaul Maslaton as well as Mr. Joe Alaham, Mr. Jack Saade, Mr. Edmond Nahum! Thanks to our community – She is a free woman!”

Hafif’s case was also just one out of many cases that are the center of a new but quickly growing movement on social media, in which Jewish influencers are using their platforms to promote and gain public support for Agunos, taking back control of a broken system that has thus far failed to help these victims properly, according to a report on Vois Es Nais. Many of these social media campaigns resulted in public rallies outside the homes of these recalcitrant husbands, effectively creating a social pressure unlike any that had been seen before, according to the VIN report.

A phalanx of NYPD officers arrived at the home of Dibo (Jeff) Hafif to make the arrest. Community members became aware of the tragic situation and held a demonstration outside of Hafif’s home, where hundreds of people chanted “Give her a Get!!” and proceeded to throw eggs at the home. They returned for several consecutive evenings to ratchet up the pressure on Hafif to adhere to Jewish law.  According to Jewish law and rabbinical decrees, it is permissible and even encouraged to persuade a recalcitrant husband to give his estranged wife a Get.

The message is clear. The community is no longer willing to tolerate Get withholding, and community members are willing to step up and make their voices heard publicly, according to the VIN report.

The case in point, Elizabeth K., a woman living in Brooklyn, who has been waiting four years to receive her get, got it on Motzei Shabbat.  Instagram was particularly effective in this get – because there is a newly empowered group of Influencers on Instagram that arranged an impromptu rally, according to the VIN report.

“People came out of the woodworks,” remarked Avi David, who observed the rally.“The rally was actually planned, but many other women showed up because it went viral on Instagram and everyone’s Facebook page,” he continued.

Commenting on the Hafif get, Rabbi Dr. Noam Weinberg tweeted: BREAKING IN FLATBUSH: Jeff Hafif Gives Wife A Get After SEVENTEEN YEARS As Movement Grows To Pressure Husbands!!! Let’s keep the pressure on and get these women the freedom they deserve! Who is next?  @RStomel @skjask

Eliabeth and Evet may have their Get, but much work remains to be done as there are still many women in the community who are still stuck in limbo marriages, according to the VIN report.

The social media movements remain strong, and there are many rallies being planned at this time where community members will come out and offer support in calling for these husbands to finally free their wives, as was reported by VIN.

On Motzei Shabbat on East 5th Street, in the heart of the Sephardic community, Flatbush was witness to another rally, in which the public called upon David Ohayon to free his wife Esther.

VIN also reported that as the movement continues to build momentum, Rabbi Efrem Goldberg of Boca Raton has tweeted in support of rallies being organized for Tuesday March 16th to compel Aaron Silberberg to grant a Get to his Agunah wife.

Sources in the Sephardic community told the Jewish Voice that the issue of men who refuse to give their wives a get was something that they had thought they were immune to. Speaking on the condition of anonymity, a well placed source in the community said, “For many years now, we thought the problem of men not giving their ex-wives a get only went on in the Ashkenazic community.

If you read the Jewish Press, for instance, you will see that each week, without fail, they present a growing list of men who are in direct violation of Jewish law and rabbinic decisions by refusing to give a get. Despite community pressure, they are adamant about making the lives of the women they were married to and had children with a total nightmare.”

The unnamed source added with indignation in his voice, “How dare these men behave is such a despicable manner. How dare they call themselves Jews and participate in the synagogue and in community affairs. They should hang their heads in shame and the community should continue to place enormous pressure on them until they fully comply with Jewish law.”

According to a web site named Ora, other men have also been served with a seruv for a get but have not complied.

Ora, however, follows the advice of leading and nationally recognized Poskim, according to the VIN report.

“There is a debate among the Poskim regarding the parameters of what defines an improper get me’usa.  Ora only publicizes the seruvim issued by the Beis Din and with their authorization to publicize it,” explained Rabbi Yonatan Klayman, Director of Advocacy for Ora.

“It also makes a big difference if we are contacted early on.  Ora works closely with the Batei Dinim, the Agunah and their legal representatives to make sure that everyone is on board with the process.   The Beis Din generally authorizes publicizing a seruv when, in their view, it would be impossible to obtain otherwise.  That’s why pressure implanted thoughtfully,”  remarked Keshet Star, CEO of Ora. 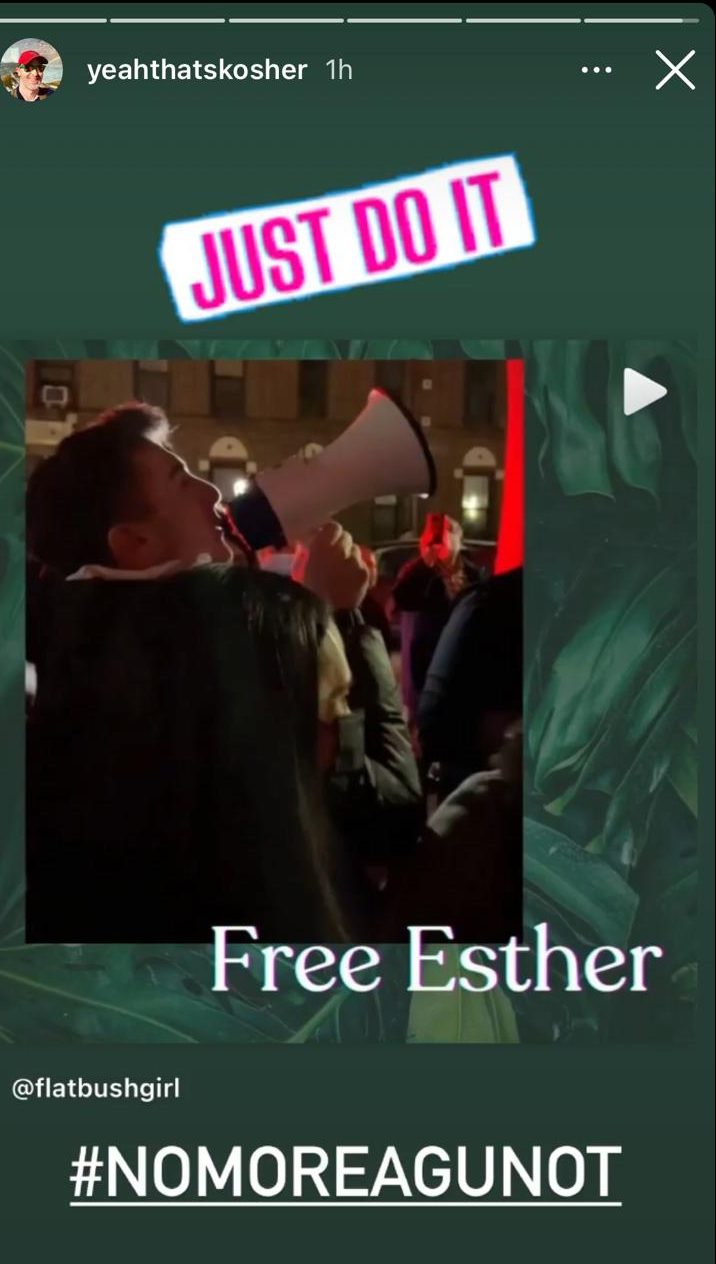