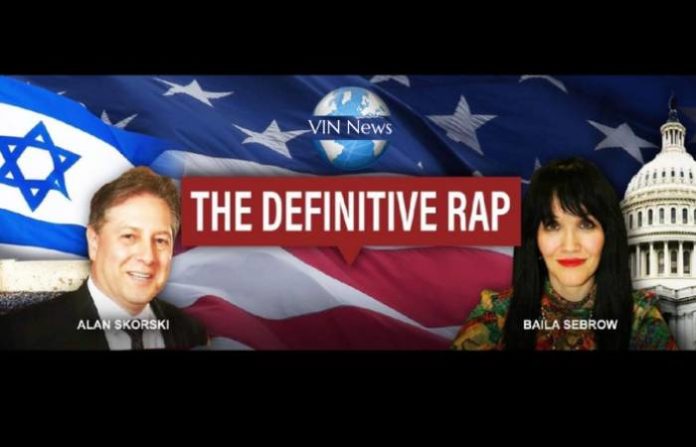 (VIN) Last week a Muslim blogger walked into One Stop Kosher and harassed Jewish customers by demanding they say “Free Palestine” while he records them.

The blogger, Dulla Mulla, was followed out of the store and is currently being investigated for hate crimes by Federal and local law enforcement.

Alan Skorski has been a political activist for almost 40 years. He authored 2 books; Pants on Fire: How Al Franken Lies, Smears, and Deceives and Israel Betrayed: How the Democrats, J Street, and Jewish Left Have Undermined Israel. He has appeared on Fox News, MSNBC, Newsmax, and C-Span

Baila Sebrow is a journalist, inspirational international speaker, and 5TJT columnist who also hosted numerous radio and Cable TV shows, including Insight/Israel. She is the Founder and President of Neshoma Advocates, Inc., servicing children and families at-risk. Baila is also an acclaimed matchmaker and relationship coach, and president of Baila Sebrow Events, LLC. She has been been featured in various publications, including The New York Times.