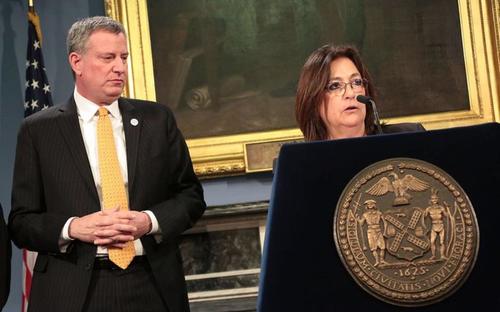 The mayor’s pick is Lorraine Grillo, who will lead a newly-constituted, weekly “war room” that spans across government leaders, agencies, business leaders and nonprofits in the city.

A recovery for all means rebuilding a better, fairer city for everyone. That will take constant leadership, coordination, and organizations within every single City agency.

Lorraine Grillo will make it happen. I’m naming her as the first Recovery Czar for New York City. pic.twitter.com/PJWZ9p5YRW

Zero Hedge pointed out Lorraine Grillo might actually be the right person for the job.

Grillo is an experienced bureaucrat and already holds 2 key construction-related appointments. She’s the president of the New York City School Construction Authority, where she started working in city government nearly three decades ago. Her record of steady leadership offers a notable contrast to the sometimes erratic management strategy of the De Blasio Administration. She most famously oversaw the post-Sandy rebuilding effort and said she wanted to bring those lessons to help rebuild the city after COVID.

The mayor said the city had been overwhelmingly focused on “the emergency reality of turning this city around and the battle of Covid,” de Blasio said during a Monday press briefing.

“Now, to bring all these strands together, we decided a czar could really make this thing go into the next gear.”