(TJVNEWS)The Dallas Mavericks have not played the national anthem all season long, but they’ll start playing it again right away.

Despite an order from Mavs Owner Mark Cuban to not play the anthem reportedly because “many feel it does not represent them,” the league has stepped-in and mandated that “all teams” will play the anthem before games, Breitbart reported.

“With NBA teams now in the process of welcoming fans back into their arenas, all teams will play the national anthem in keeping with longstanding league policy,” the league’s Chief Communications Officer Mike Bass said in a statement.

The Mavericks have not played the anthem in any of their 13 home preseason and regular-season games. Cuban had not publicly given a reason why the anthem was being nixed until Tuesday night when he confirmed to ESPN that the team was not playing the Star-Spangled Banner and had no plans to resume playing it.

A report from The Athletic’s Shams Charania cited a source claiming that Cuban’s decision to not play the song stemmed from a belief that “many feel the anthem doesn’t represent them.

The decision went unnoticed for 13 games, according to The Athletic, as it was not publicized or explained internally and fans had not been allowed to attend games due to coronavirus restrictions.  Monday’s game against the Minnesota Timberwolves was the first time a limited number of fans had been allowed into the American Airlines Center.

Cuban was faced with fierce criticism on social media for temporarily eliminating the anthem. 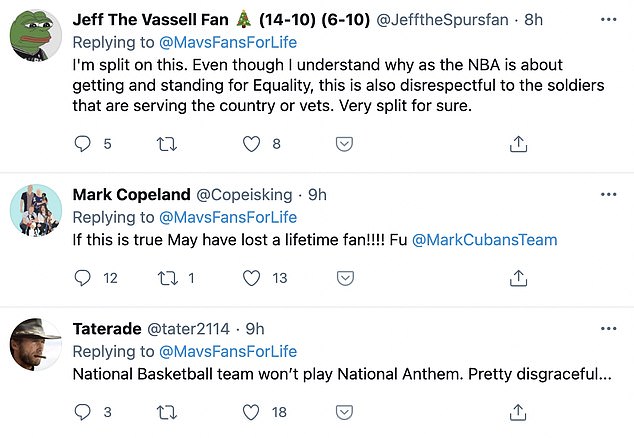 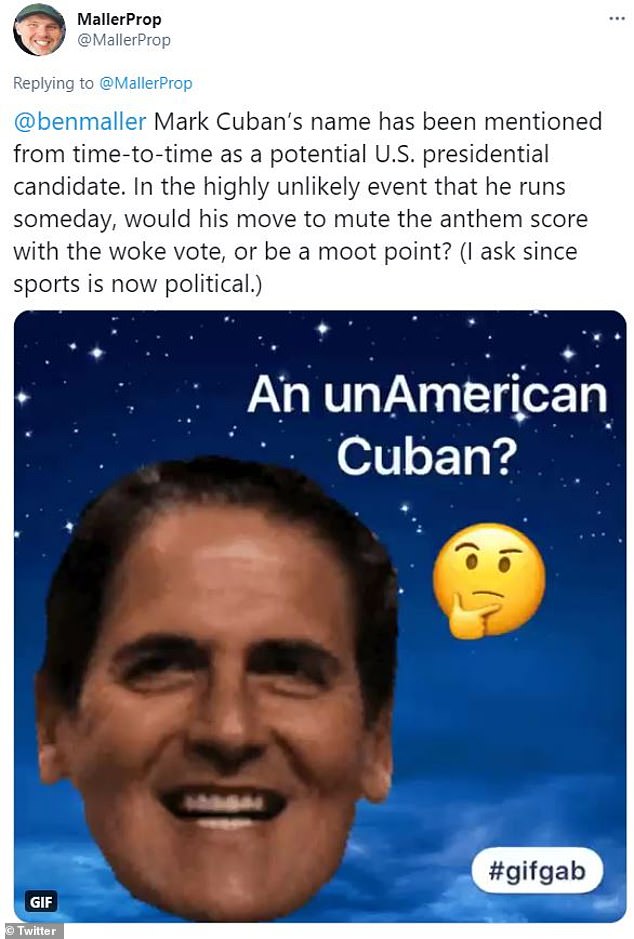