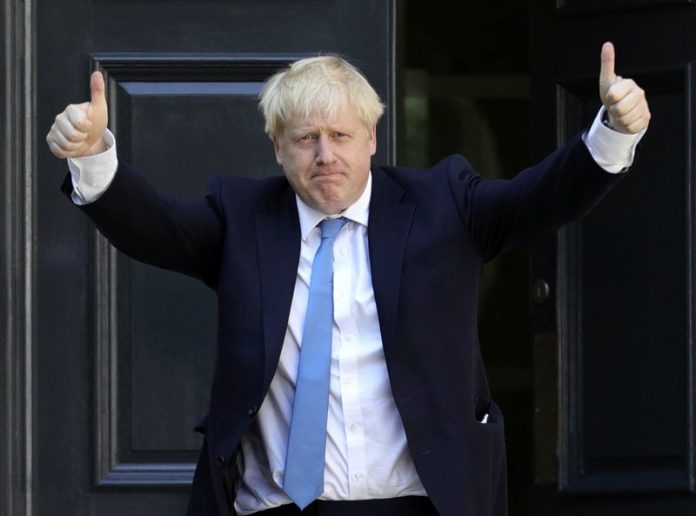 Biden’s eagerness to rejoin the agreement is disastrous for the Middle East. The Prime Minister must show him that another way is possible

News that Iran is fabricating uranium metal, reported to International Atomic Energy Agency’s members on February 10, sent shock waves through national-security circles globally. Uranium metal’s most common use is forming the hollow sphere of highly-enriched uranium at the core of nuclear weapons. When imploded, the compressed uranium reaches critical mass and detonates in an uncontrolled fission chain reaction.

Predictably, Iran concocted alternative pretenses for its uranium-metal work, which fooled no one. Indeed, this is simply one more opening for Tehran to make public illicit work already undertaken, but previously undisclosed. The mullahs are upping the stakes ahead of any negotiations with the Biden Administration, which is overly eager to rejoin the 2015 nuclear deal (Joint Comprehensive Plan of Action, or JCPOA).

The United Kingdom’s reaction to Iran’s latest ploy will be critical. The JCPOA was long a Holy Grail for the European Union, which the willfully blind Obama administration was delighted to embrace. Washington’s withdrawal from the deal amounted to sacrilege for the EU and its US arms-control acolytes. But however ambitious to rejoin Biden’s team may be, the world has changed dramatically since America’s departure in 2018.

In particular, the Middle East has shifted tectonically. Israel now has full diplomatic relations with Bahrain and the UAE, and with others likely in the very near future. The shared reality that Iran is the greatest threat to regional peace and security is largely driving this quickening Arab-Israeli rapprochement. The former adversaries will not react kindly to outsider efforts to expose them to more imminent danger from Iran. Tehran’s aid to Yemen’s Houthi terrorists; arming Shia militia groups in Iraq; and backing the Assad regime in Syria and Hezbollah in Lebanon, all demonstrate Iran’s hegemonic Middle Eastern ambitions. This is an appalling time to restore top cover for the mullahs’ pursuit of nuclear weapons.

Here, Boris Johnson’s role is central. Prior British governments, including while Johnson was foreign secretary, supported the deal. But that was then, and this is now, especially given London’s new freedom from acting in lock-step with Berlin and Paris. Consider what Iran has been up to.

In January, Tehran admitted enriching uranium above JCPOA-permitted levels, which, some argued, showed the risks caused by Washington’s withdrawal. The real problem, however, is the deal itself, which should never have allowed Iran any enrichment capability.

Enriching to reactor-grade levels of U-235 (nearly 4 per cent) using the centrifuge method, as Iran does, completes roughly 70 per cent of the work necessary to reach weapons-grade levels (typically 90 per cent-plus). Continuing to 20 per cent, which Iran did, encompassed 15 to 20 per cent of the additional work required to attain weapons-grade. Although the maths may seem puzzling to laymen (it certainly did to me at first), this is simply a matter of basic physics. Merely bringing the US back into the deal will not resolve its inherent fatal flaw.

The “speed” with which Iran produced uranium metal is significant. Tehran assured the IAEA in mid-December it would likely take four-five months, not less than two, to fabricate metal. IAEA’s bone-dry reports reveal time and again Iran failing to disclose nuclear-related activity until the agency stumbles onto it. This follows a pattern Jim Baker once called “cheat and then retreat”: Iran admits to illicit nuclear-weapons activity only when public disclosure is imminent and inevitable, or when it seems advantageous to do so.

Now, regarding uranium metal, Tehran is likely revealing previously existing capabilities, under the pretext that, America having withdrawn from the JCPOA, Iran is freed of its commitments. Of course, knowledge cannot be unlearned, so Iran benefits by putting new subjects for bargaining on the table well before any diplomatic moves by President Biden.

When the UN Security Council terminated its ban on selling conventional weapons to Iran last autumn, even the EU admitted this was a severe mistake in the nuclear deal. So too are the JCPOA’s sunset provisions on other restrictions on Iran, and the grossly inadequate scope of IAEA inspection rights. Worst of all, the deal does not even touch on Iran’s ballistic missile programs, its support for terrorism or its belligerent conventional military activities in the region.

Instead of America rejoining the failed JCPOA, we should instead be comprehensively rethinking how to deal with the Islamic Revolution of 1979. Its ideological fervor is undimmed, even as its menace grows. The Biden Administration does not get this point. The Johnson government would be doing itself and Biden a huge favor by thinking strategically about Iran, and not simply reprising past mistakes.

John Bolton is a former US national security adviser

(This article was originally published in The Telegraph of the UK)