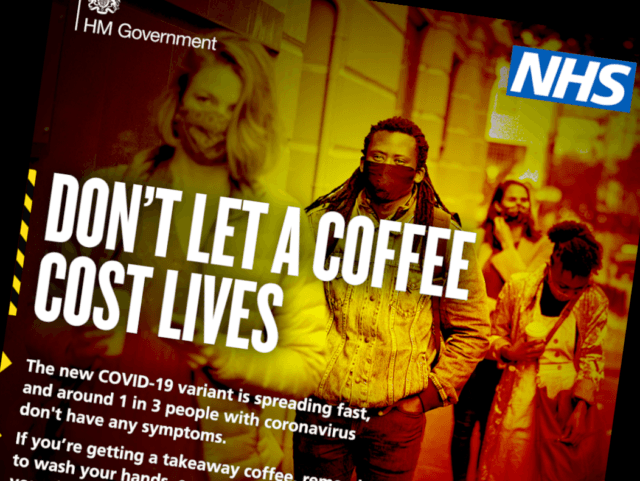 A series of new social media ads which aim to shock Britons into staying locked in their homes and avoid interacting with other people claim that buying a cup of coffee could “cost lives.”

The ads were released on Thursday, with one Facebook meme labeled “Don’t let a coffee cost lives.”

Unnecessary social contact puts you and others at risk. If you are buying takeaway food or drinks, remember: wash your hands, wear a face-covering indoors and stay 2 metres apart from others,” the post shared by the official UK Government Facebook page claimed: 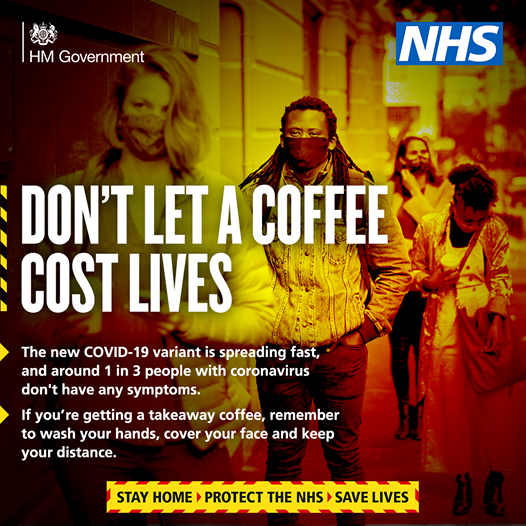 Another posted on Twitter by the prime minister’s account claimed that “catch-ups” with friends “costs lives,” adding, “Meeting others unnecessarily could be the link in a chain of transmission that has a vulnerable person at the end. Please, stay at home this weekend”:

Meeting others unnecessarily could be the link in a chain of transmission that has a vulnerable person at the end.

Imperial College London epidemiologist Professor Neil Ferguson, told BBC Radio 4’s Today programme on Thursday that some measures could last until the Summer, and lifting them would only be a “gradual process to the Autumn.”

Ferguson — considered the architect of the first Chinese coronavirus lockdown — was forced to resign from his senior government advisory role in disgrace after it was revealed that the married epidemiologist had invited his lover to his house twice, breaking his own lockdown rules. His opinions have come into prominence again in recent months, and he is listed on the government website as a participant of the Scientific Advisory Group for Emergencies (SAGE).

This week, Home Secretary Priti Patel revealed that police had handed out across the whole of the UK 45,000 fines related to covid restrictions between March 27 and December 21.

The “Florida COVID-19 Whistleblower” Saga Is a Big Lie.

US still open to Iran nuclear talks after Iran’s rejection