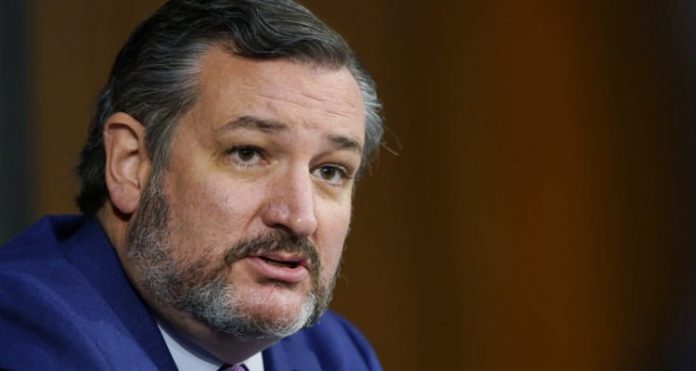 Republican senator from Texas Ted Cruz warned that the Biden administration will rush to return to the Iran deal, creating a clear and present danger to the Jewish State. He made his remarks in an interview with Israel Hayom on Wednesday.

Cruz told the paper that U.S.-Israel relations will become especially fragile with Joe Biden in power, primarily because of his plans to reenter the Iran deal, which had been negotiated in 2015 during the Obama administration, in which Biden served as vice president.

“The Biden-Harris administration will set as their top foreign policy objective restoring that failed agreement. The single most important national security victory of the last four years was pulling out of that disastrous deal,” Cruz said.

“I fear we are headed into a dangerous chapter with the Biden-Harris administration, working actively to undermine the national security gains made in the last four years, and to reinvigorate the ayatollahs in Iran, which poses an existential threat to Israel,” he said.

During the election campaign, Biden promised to return to the deal. Underscoring his promise, he has brought in former Obama team members, in particular Wendy Sherman, lead negotiator on the Iran deal, whom he nominated for deputy secretary of state.

In a Tuesday op-ed on the nomination, JNS editor-in-chief Jonathan Tobin wrote of Sherman’s 2015 negotiating efforts, “By any objective standard, Sherman’s handiwork was a disaster. A government that was a merciless tyranny at home, a threat to the stability of neighboring Arab states and pledged to Israel’s destruction had been enriched and empowered.”

The 2015 Iran deal was sold as a success by Obama’s team, which said it prevented the Islamic Republic from obtaining nuclear weapons. As president, Donald Trump criticized what he called the deal’s “near total silence on Iran’s missile programs.” He pulled the U.S. out of the deal in May 2018.

The most prominent critic of the deal was Prime Minister Benjamin Netanyahu, who called it a “historic mistake” and made the need for stopping Iran from obtaining nuclear weapons his administration’s No. 1 priority.

U.S. conservatives like Cruz also joined in condemning the deal and urged Trump to abandon it.

Cruz told Israel Hayom, “There was a vigorous debate in the administration of whether to do so. Both the State Department and the Pentagon advocated staying in the deal. I argued vigorously multiple times that we should pull out of the deal, and President Trump agreed with me and overruled his own defense department and state department withdrawing from the deal.”

Cruz, who has been a staunch supporter of Israel in the Senate, told Israel Hayom, “I think the greatest national security threat to Israel that will be posed by the Biden-Harris administration will be their attempt to reestablish the disastrous Iran nuclear deal.”

“Under President Obama, the signature so-called foreign policy achievement of his second term was sending hundreds of billions of dollars to Ayatollah Khamenei, who regularly chants ‘Death to America’ and ‘Death to Israel,’” Cruz added.

In 2016, the Obama White House sent $400 million in cash as part of the deal to Iran, an event widely reported and which caused some embarrassment to the administration.

Netanyahu, in warning Obama against the deal, said, “In the coming decade, the deal will reward Iran, the terrorist regime in Tehran, with hundreds of billions of dollars. This cash bonanza will fuel Iran’s terrorism worldwide, its aggression in the region and its efforts to destroy Israel, which are ongoing.”

In 2019, then-Israeli ambassador to the UN Danny Danon, in a presentation at the UN Security Council,  estimated that Iran had spent $7 billion on terror activities in the Middle East.