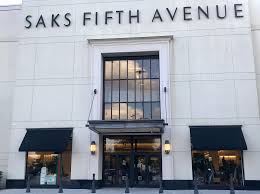 Saks Fifth Avenue, the iconic retailer, may be trying to spin off its dot-com business with a possible initial public offering this year.

The luxury department store chain, owned by Toronto-based Hudson’s Bay Co., left the Toronto Stock Exchange in March to become a privately held company. As reported by the NY Post, now the company management has readied information for investors to consider in preparation for an IPO for Saks.com. The efforts are in their “early days,” a source told the Post.

Such an endeavour would separate the 40 Saks Fifth Avenue retail stores from the company’s $1 billion digital business, at a time when the online business has been booming with people staying home due to the pandemic. While brick and mortar stores, in general, have suffered during the Covid-19 pandemic, sales at Saks.com have increased by “double digits.”

“People were buying things in the height of the pandemic that there was no absolute functional end use for, but they love the fashion,” said Saks Fifth Avenue Chief Executive Marc Metrick. “I think what we learned is [consumers] view luxury as the comfort food of retail. … It was their way to feel — it was something so much more and so much deeper than a pair of shoes.” “Why else would you buy 110-millimeter pumps … from a from a luxury brand, when you’re working at home and on Zoom all day?” Metrick added. “You do it because you love fashion, and it’s your Oreo cookie. It’s your — something that’s going to make you feel better.”

HBC executive chairman Richard Baker, who owns a majority stake Saks Fifth Avenue, has spoken about a spinoff of Saks.com since 2017. HBC also owns 106 Saks Off Fifth stores. “Saks.com significant value,” said retail consultant Gerald Storch, who is a former CEO of HBC. “But pulling off such an IPO is quite difficult and unprecedented.”

An exclusive agreement would still keep the separated entities tied together, if the IPO goes through, reported Women’s Wear Daily. A spinoff would still present difficulties for the company to provide incentives “for the sales staff to treat sales at the stores and the Internet the same,” and determining the commission pricing on those sales, Storch said. He also added that Saks chief executive Metrick would be the most probable candidate to run the dot-com company, if it were to go public.
HBC declined to comment to the Post.

Las Vegas Sands to Withdraw from Gambling Operations on the Strip; Selling Venetian & Expo Center for $6.25B

How to Practice Philanthropy to Create a Lasting Impact