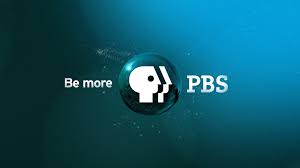 An arrogant lawyer who was caught on camera saying Trump supporters should be sent to re-education camps advocated throwing Molotov cocktails at the White House if Biden did not win and supported taking children away from their parents if they supported Trump was just fired, according to reports.

The compassionate liberal also was happy that Americans in “red states” got COVID and are dying.

“Americans are so fuc**ng dumb,” said PBS Principal Counsel Michael Beller, who was chatting with one of Project Veritas‘ undercover self-described guerilla journalists. “You know most people are dumb.”

The arrogant leftist worked for PBS, a nonprofit which receives billions of dollars of government subsidies. The latest Project Veritas expose took place shortly before the election.

“Kids who are growing up, know nothing but Trump, for four years, you’ve got to wonder what they’re (Trump supporting children) going to be like, ” Beller told the undercover journalist. “They’ll (Trump supporters) be raising a generation of intolerant, horrible people – horrible kids.”

Beller suggests removing the children from parents who supported Trump and then sending them to enlightenment camps. Communist Chinese Party, sends Muslims in China to re-education camps.

“What’s great is that COVID is spiking in all the red states right now. So that’s great…a lot of them [red state voters] are sick and dying.”

When asked by the clandestine reporter what should happen if Trump wins again, he said

“Go to the White House and throw Molotov cocktails.”