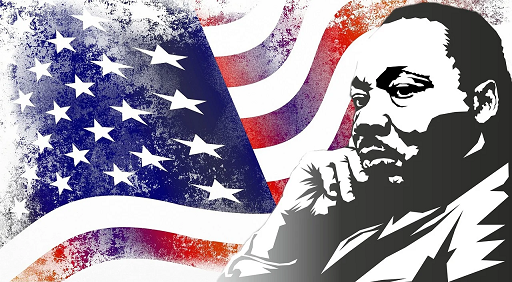 It’s a shame that as we celebrate Martin Luther King Day, it is increasingly apparent that his dream for “all of God’s children, black men and white men… to join hands and sing… ‘Free at last, free at last. Thank God Almighty, we are free at last’” is more a pipe dream than an achievable goal.

The people of America have taken great strides to eradicate all types of racism and we tend to reject it when we see it.  Yet, white America stands accused of being racist — not because of our actions or pronouncements, but because of the poverty that continues to plague many black communities.

Gullible conservatives believed in King’s dream, rooted in the American dream, that all men are created equal.  We thought we lived in a country that lived up to these ideals, albeit imperfectly.  We don’t have control over everyone, but we thought we lived in a time when we wouldn’t turn our backs on clear instances of racial injustice.  Indeed, when George Floyd died, the country condemned his death with one voice.

We intermarry.  We live and work cordially amongst one another.  We love and befriend one another.  We worship together.  We have biracial children.  Our pop culture reflects this diversity and acceptance — you cannot turn on the TV without viewing shows and commercials promoting interracial relationships of all combinations. Our sports and movies reflect this, as well.  Our news is as diverse as can be.  We thought the playing field had been leveled, at least for those who try to make a go of it.

No doubt, in what was once the wealthiest and freest country on the planet, there remains impoverished rural and urban black communities where opportunities are few, children grow up fatherless, churches are disappearing, education is abysmal, drugs, gangs, and shootings are ubiquitous.

And this, we are told, is the fault of White America.

While it is our inherited problem, it is not our fault.  These neighborhoods have been run for at least 60 years by Democrats — often black Democrats.  Maxine Waters lives and John Lewis lived like kings while their constituents languish in poverty.  Waters doesn’t even live in her district!  These political robber barons rile up their crowds with hatred towards whitey and use race as a cudgel to exact funding that doesn’t even trickle down to their constituents. These poor living conditions have been perpetrated by white and black Democrats to their personal benefit and the detriment of their constituents.

Long before Donald Trump, Democrats created the scapegoat that rich, white, “country club”  Republicans were responsible for the plight of Black America.  When Donald Trump took center stage, they actually had a rich, white, country club Republican to demonize.  But he isn’t racist.  And neither are you — and most of us aren’t rich, not all of us are white, and only a handful of us belong to country clubs.  But we are convenient scapegoats because, if the truth were allowed to be fully explored, underprivileged black people would realize they are mired in a cycle of poverty created by Democrat policies, not White America.  For Democrats, it is a political imperative that they deflect attention away from their complicity and direct it towards the White Devil.

I say “if the truth were allowed to be fully explored” because the media and educational system refuse to cover the history and facts.  Fortunately, more black Americans are beginning to uncover the truth, the Blexit and #Walkaway movements are attracting minorities to conservatism, and Trump received more black votes than any other Republican president.

But the blacklash against black conservatives is punishing and will worsen as Democrats continue to crack down on our First Amendment rights.  It’s difficult being white and bucking the Democrat agenda; it will be brutal for our black friends and family.  Now, more than ever, it is critical we join together in our fight for freedom.

Democrats created and perpetuate the cycle of poverty in Black America by throwing trillions of dollars at problems without trying to solve them.  They understand that 60 years of policy and a Black president have failed, so they shifted the narrative to one of hate and race where whites, by virtue of their skin color only, are guilty of racism, supremacy, and privilege.

They have made a mockery of MLK’s dream that we should be judged by the content of our character; not by the color of our skin.

The punishment for our political expression is restricting our ability to exchange information and communicate.  Back when America was flawed but free, the solution was to allow ideas to flourish — even odious ones — anticipating that good and just ideas would prevail over bad ones. That is why Nazis were allowed to march in the Jewish hamlet of Skokie and BLM is allowed to spew its anti-white rhetoric.

But a robust and competitive marketplace of ideas depends on a responsible and free press — not the Pravda-like agitprop arm of the government we have today — free expression via any medium on any topic, a virtuous society, and an educated population — all of which are in jeopardy today.

Today’s Democrat message is one of “let hatred, not freedom, ring.”  For whites, as the quintessential scapegoat for all of Black America’s problems, constantly accusing us of racism does little to promote unity and only builds resentment.  While Democrats shroud this hatred as “justice,” it has the bloody stench of revenge.

Most of us haven’t done anything racist or supremacist, but revenge is being exacted against us because we are white. Regardless of what we know in our hearts, Democrats claim we are guilty of racism in all of its subtle and invisible forms.  Even if we aren’t, because we are Caucasians (who, by the way, bequeathed Mosaic law to the world, created the university and science, ushered in the Enlightenment, and brought progress and technology to all of G-d’s children), we are racists, nonetheless.

Without competing ideas, King’s call to let freedom ring dies in darkness and, the hatred that replaces it, will not only ring, but sting… and the sting will be deadly not only to us individually, but the nation as a whole.  This is not the America of MLK’s dreams; nor is it of ours.