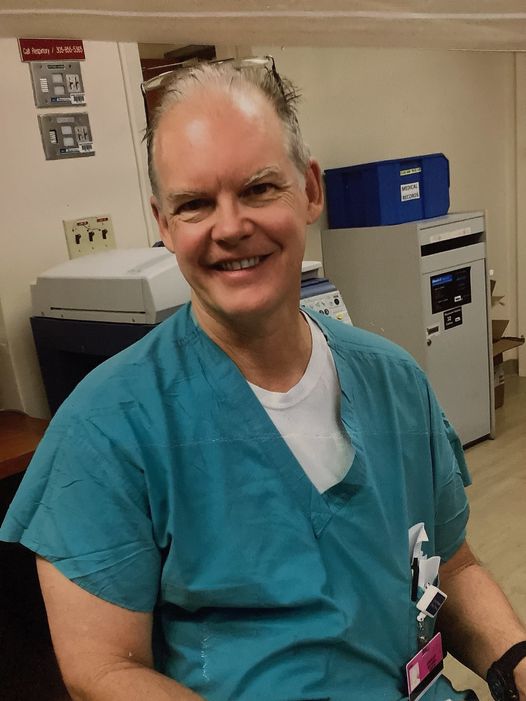 (TJV NEWS) As the US sees 4K confirmed COVID-19 deaths in a single day, the CDC is reporting another shocking potential reaction to the new mRNA-vector COVID-19 vaccines: A doctor in Miami has died two weeks after receiving his first dose of the Pfizer-BioNTech jab, Zero Hedge reported.

Heidi Neckelmann, the widow of Dr. Gregory Michael, said her husband was vaccinated on Dec. 18, and died 16 days later. He was 56 years old, according to Sputnik. Patients typically receive a second dose of the vaccine 3 weeks after the first. Neckelmann also shared the news in a Facebook post.

The love of my life, my husband Gregory Michael MD
an Obstetrician that had his office in Mount Sinai Medical Center in Miami Beach Died the day before yesterday due to a strong reaction to the COVID vaccine.
He was a very healthy 56 year old, loved by everyone in the community delivered hundreds of healthy babies and worked tireless through the pandemic.
He was vaccinated with the Pfizer vaccine at MSMC on December 18, 3 days later he saw a strong set of petechiae on his feet and hands which made him seek attention at the emergency room at MSMC. The CBC that was done at his arrival showed his platelet count to be 0 (A normal platelet count ranges from 150,000 to 450,000 platelets per microliter of blood.) he was admitted in the ICU with a diagnosis of acute ITP caused by a reaction to the COVID vaccine. A team of expert doctors tried for 2 weeks to raise his platelet count to no avail. Experts from all over the country were involved in his care. No matter what they did, the platelets count refused to go up. He was conscious and energetic through the whole process but 2 days before a last resort surgery, he got a hemorrhagic stroke caused by the lack of platelets that took his life in a matter of minutes.
He was a pro vaccine advocate that is why he got it himself.
I believe that people should be aware that side effects can happened, that it is not good for everyone and in this case destroyed a beautiful life, a perfect family, and has affected so many people in the community
Do not let his death be in vain please save more lives by making this information news.
Three days after vaccination, small spots began to appear on Gregory Michael’s feet and hands. In response, he went to the emergency room at Mount Sinai. As his blood count was not in the normal ranges, he was admitted to the intensive care unit, according to Heidi Neckelmann. Unfortunately, shortly after, he suffered a stroke and died