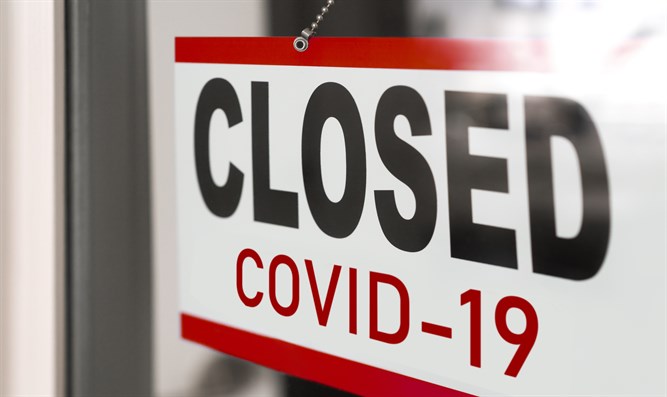 Lockdown may be the most brazen experiment in human annals. In unison or in sequence, governments shut down countries, closed borders, installed quasi police states and elevated technocrats who toggle ‘what if?’ scenarios on a keyboard.

The lockdown, an exercise in social engineering that would do Stalin proud, is the mortal threat posed by the latest pandemic. The excuse smacks, if not of manipulation then of convenience for ‘Lords of Lockdown,’ the cute title I give to the political and expert class from whence lockdown orders and made up rules come.

No such overlords rode into battle against contagions of the past – equal, we may add, to Covid in terms of killing power. Until the crowned virus burst out of stealth mode from Wuhan in January 2020, public health policies were variants of laissez faire. Governments stood aside to let a virus play itself out, as they once believed viruses do. However, compare this and this.

All of it poses different puzzles. The supreme one is, why would anyone whose life is disrupted or ruined or terminated by the lockdown, bow to suppression of a magnitude closer to totalitarian rule than to democracy. Why is it that the cleverest people meekly submit, or submit because they feel beneficent, moral and pure?

One admits, the notion of helping to save life is hard to resist. In that cause huddling at home seems the right and good thing to do. The idea of saving life is more than a strong allure; it is an absolute mandate. But if hard evidence counts? It must do, or we might invent any crackpot cure.

Well, if you consider hard evidence there is little to be said in favor of lockdown. Israel is on its umpteenth brutal one, and more of the same threatens. Coronavirus Czar, Nachman Ash says a March lockdown looks likely because of “a bleak forecast.”

And Ireland? Today the country has one of the highest infection rates in the world. Not long ago, consider, Ireland won praise for its early lockdown and the strictest rules on social distancing. The UK went so far as to cancel Christmas, yet experts are warning that the UK will see further “record-breaking” rises in Covid fatalities after the country recorded its highest daily death toll since the pandemic began.

Stop to think. Would you keep going to a doctor who administers a strong drug three times and each time another of your vital organs goes kaput? Well, the lockdown is such a doctor. Round three in the world series. Another lockdown.

Who knows, it could work. Third time lucky. No one gives a faulty kettle or a faddish diet three tries. Yet a medical experiment on humans, numbering hundreds of millions: it gets three chances. What will it take to learn:

The lockdown no more stops transmission of Covid than traffic fines stop car crashes. Unless, of course, a lockdown is meant to buy time until most of the population is vaccinated – what Israel is doing now and which is the purpose of its current lockdown.

The remedy has no science backing, nor as Beatle John Lennon sang, “and no religion too.” The ‘sanctity of life’ principle has been another misapplication, by the religious who misconstrued God’s command, and by the secular who anyway liked the feeling one gets from saving a life.

What of the morality argument for lockdown? Does it score higher than the science and religious arguments? Consider. What if saving the one precious life means sacrificing a multiple of equally precious lives? And what if multiple infinitely precious lives have to be taken to save the one? More, what if the one dies anyway? Was it all for nothing?

Closing down society is not a win-win game. To save one life you have to sacrifice many lives. What is the limit to how many may be taken to save the one?

The UN reckons that 490 million people in 70 countries will become poverty-stricken. How many lives saved will make it worth ruining 490 million others? Is there an international rate of exchange? And what if those who are saved inhabit mansions, while those who are ruined to save them inhabit hovels? Do we give a lower weight to the dirt poor than to the filthy rich?

The West’s knee-jerk copycatting of the command model used by dictatorial China came to be the accepted model. Indeed so accepted that dissenters, be they top medical specialists, have their Tweets, You Tube videos and Face Book pages closed down. The day the Wuhan virus made landfall every commentator and his aunt predicted that freedom-loving people would never tolerate the way Hubei province was shutdown and quarantined by the Chinese command. Well, we did more than tolerate the idea; we clamored for the Chinese cure. Not once, not twice, three times over.

Three lockdowns worldwide, three rounds of making havoc, and those in charge call for more of the same. If you like picturesque parallels, trying out lockdown on a pandemic has no more sanity than trying out a bazooka on a cockroach.

“Considering the surge of cases in countries around the world,” wrote an Israeli Rabbi, “it is not surprising that my family contracted the virus. Yes, we were careful, and we followed all the guidelines, but we got it anyway.” I rest my case.

Steve Apfel is an economist and a cost accountant, but most of all a prolific author of non-fiction and fiction, published in many journals and sites. His books include: ‘The Paymaster’ (Fiction); Hadrian’s Echo (Non-fiction); ‘A bias thicker than faith’ (non-fiction, for publication during 2020), and ‘Balaam’s curse’ a WIP biblical novel.