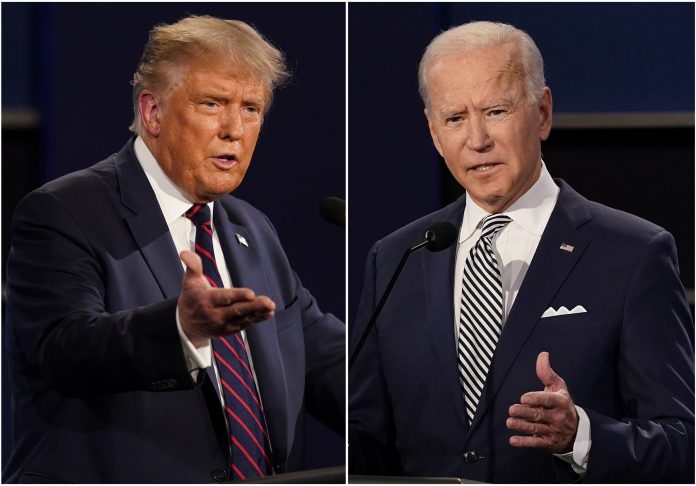 (TJVNEWS.COM) With huge unemployment numbers, a decimated economy, major issues with the pandemic and vaccine distribution, Democratic leadership and several Republicans remain transfixed on Donald Trump and seek to impeach him, even after he has left office, in an effort to prevent him from ever running for office again. Meanwhile, a freshmen congresswoman has filed impeachment articles against President Biden.

“I have sent a proposed timeline for the first phases of the upcoming impeachment trial to Leader Schumer and look forward to continuing to discuss it with him.

“Senate Republicans are strongly united behind the principle that the institution of the Senate, the office of the presidency, and former President Trump himself all deserve a full and fair process that respects his rights and the serious factual, legal, and constitutional questions at stake. Given the unprecedented speed of the House’s process, our proposed timeline for the initial phases includes a modest and reasonable amount of additional time for both sides to assemble their arguments before the Senate would begin to hear them.

“At this time of strong political passions, Senate Republicans believe it is absolutely imperative that we do not allow a half-baked process to short-circuit the due process that former President Trump deserves or damage the Senate or the presidency.”

When the articles arrive, the House Managers would exhibit (read) the articles to the Senate, Senators would be sworn in the Members as the Court of Impeachment, and would issue a summons to former President Trump.  While we do not know what day the Managers will choose, Leader McConnell has asked for this to occur on Thursday, January 28.

Former President Trump would have one week from that day to answer the articles of impeachment (February 4).  The House’s pre-trial brief would also be due then.

The President would then have one week from the day he submits his answer to submit his pre-trial brief (February 11).  That means former president Trump has fourteen total days from when we issue the summons to write his pre-trial brief.  The House would also submit its replication on this date.

The House would then have two days to submit their rebuttal pre-trial brief (February 13).

This approach tracks the structure of the Clinton and Trump pre-trial processes.

Rep. Greene earlier pledged on Newsmax on January 13 to do so on the first day of Biden’s presidency, as reported.

“We cannot have a President of the United States that is willing to abuse the power of the office of the presidency and be easily bought off by foreign governments, foreign Chinese energy companies, Ukrainian energy companies. So on January 21st, I will be filing articles of impeachment on Joe Biden,” said Rep. Greene.

I just filed Articles of Impeachment on President @JoeBiden. pic.twitter.com/mcwEEkKiHL