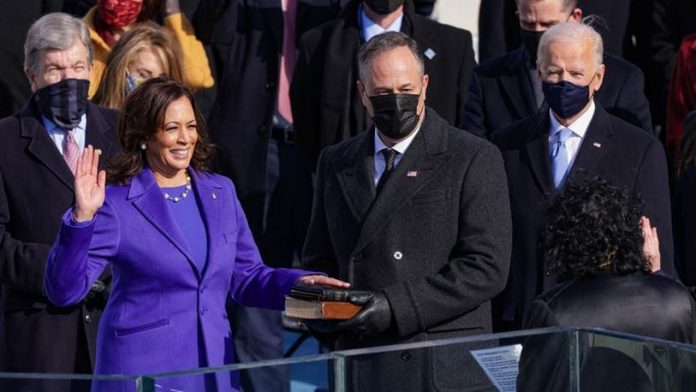 . All those faces of prominent people, especially the women of color—seemed like a dream or perhaps a movie—but their roles were all real, historic. I do not judge a person by the “color of their skin” but by the “content of their character”—as the Reverend Dr. Martin Luther King taught us so long ago. And as we know, America has always been multi-racial, multi-ethnic, and populated by even more women than men.

It’s been a long time coming and it was finally good to see so many women appointees, distinguished speakers, poet laureates, singers, and elected politicians. By now, we almost take this for granted. But to have Supreme Court Justice Sonia Sotomayor swear in Vice President Kamala Harris was a very special moment for so many feminists who have been fighting for this for so long.

But the proof is always in the pudding. No matter who’s in charge, I am worried about how divided our country is; about free speech, hate speech, academic freedom, and censorship; about our economy and our health; about Iran, and about China too, not to mention the pandemic which has killed and afflicted so many of our citizens. I fear that the much-touted Equality Act will erode our hard-won and oh-so-fragile rights for women; therefore, instead, I strongly support the Equal Rights Amendment for Women. I am worried about statements in favor of de-criminalizing prostitution (which I view as sex slavery).

I remain cheered by the Abraham Accords and hope that many more Arab and Muslim nations states will finally make peace with Israel, and that the Palestinian people will be liberated from their tyrannical Palestinian terrorist-leaders.

I wish President Biden and Vice President Harris and their families a good day and a wise reign.