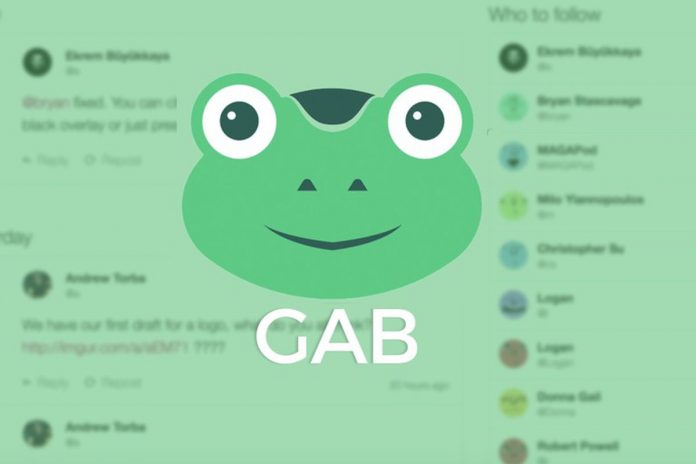 (VIN) Gab, a social network platform that champions free speech, individual liberty and the free flow of information online, has succeeded in backing up President Trump’s entire Twitter account before it was deleted and recreating it on its own site, according to a report by 100%FedUp.

Earlier in the week, the mainstream media and their democratic allies, wallowed in joy as Twitter effectively shut down Presidents Trump twitter feed in an effort to erase history and destroy Trump’s legacy.

The Gab.com site is currently experiencing a huge influx in traffic due to numerous people transferring their social media accounts from Twitter and Facebook to the more accomodating Gab, but it still managed to back up the president’s site. With traffic up 700% and 600,000 new users in just one day, Gab said that it is upgrading its servers in order to speed up surfing and alleviate congestion for its growing number of users.

Andrew Torba, the founder of Gab, revealed Monday that Gab’s traffic exploded as high as 753 percent after Trump and many other conservatives have been purged from Twitter, Facebook, and other big tech platforms.

“Our traffic is up 753% in the past 24 hours. Tens of millions of visits,” Gab said in response to slow loading speeds on the platform.

Gab started as the first free speech alternative to Twitter. Gab allows all legal speech except for pornography. Users can create custom filters in order to determine what content they wish to receive. Gab also takes a hard stance against illegal content and incitement to violence.

Due to its free speech policy, Google and Apple have banned the Gab app from their app stores. They also recently banned Parler for similar reasons, and Amazon refused to continue to provide a platform for Parler, claiming “insufficient content moderation practices.” Amazon’s step has dealt a heavy blow to Parler which is searching frantically for a new host, but Gab has succeeded in maintaining its independence from the big tech companies by hosting its own services in order to avoid the censorship practices of big tech servicing companies.

Gab is also reportedly trying to innovate a Gab phone of its own in order to circumvent app store censorship and spur competition in the mobile phone operating system markets.

“The solution, as always, is not government,” Gab wrote this week. “It is to build your own. People mock this meme, but Gab lives it. While others whine, we build.”

Watchdog calls for transparency from University of Pennsylvania’s Biden Center