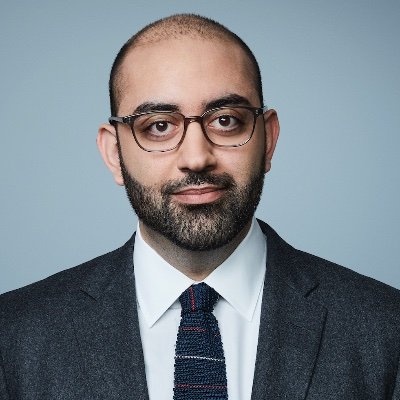 Colleyville is the Latest Jihadist Attack Against Synagogues & Jews

The Unspoken Truths Behind the Texas Synagogue Attack

The West Barks, But the Putin Caravan Moves On

There’s No Cure for Health-Authority Pig-Headedness

Darcy wrote “After Wednesday’s incident of domestic terrorism on Capitol Hill, it is time TV carriers face questions for lending their platforms to dishonest companies that profit off of disinformation and conspiracy theories. After all, it was the very lies that Fox, Newsmax, and OAN spread that helped prime President Trump’s supporters into not believing the truth: that he lost an honest and fair election.”

This is coming from a man who works for a network that has broadcast more inaccuracies over the decades than one can count. In fact, CNN has used such deceptive practices in the past, that they have been caught using green-screen effects to give the illusion to the viewer that a reporter was on the ground at a scene of an event, while they were really in a studio.

Darcy continues by stating: “ Yes, Sean Hannity and Tucker Carlson and Mark Levin and others are responsible for the lies they peddle to their audiences. But the TV companies that beam them into millions of homes around the country also bear some responsibility. And yet we rarely, if ever, talk about them.”

In other words, these hosts who entertain their audience by looking at the news via a conservative angle should not be allowed to share their opinions and analysis, because Darcy doesn’t approve of their views, and because Darcy does not like it, local cable outlets should be held accountable for such dangerous broadcasts as Sean Hannity !!

Darcy continues:  “why do AT&T (which I should note is CNN’s parent company), CenturyLink, and Verizon carry OAN? Why do AT&T, CenturyLink, Verizon, Comcast, Charter, and Dish carry Newsmax? And why do they all carry Fox — which is, frankly, at times just as irresponsible and dangerous with its platform as its smaller competitor networks?

None of these networks have ever encouraged anything dangerous other than opinions and information Oliver Darcy does not like. It can be argued that CNN and MNCBC have provided forums for violent and incendiary rhetoric. Numerous guests have appeared on these networks over the summer, encouraging the violent protests which took place in the street over George Floyd. Other times they have encouraged people to “punch Trump” and attack his family members and supporters, there has even been rhetoric calling for a ‘bullet’ to Trump on a major cable news outlet.

Kamala Harris said, during a CBS interview at the height of the violent street riots for George Floyd and social justice, that the civil unrest should continue endlessly/  In a serious and almost threatening tone Harris gave full support for the street protests, which cost 26 people their lives, including protesters themselves.

Darcy did not blink an eye.

Watch the video and see or yourself.

Obviously, Darcy being a professional opportunist wrote this article as the result of what transpired last week at the Nation’s capitol. His editorial would have more merit if he showed a single instance where a conservative host encouraged people to storm the capitol and go after elected officials.

If Darcy was actually informed as to what is actually influencing the far-right fringe, he would know it is the QANON message boards, not talk show hosts on Fox News, NewsMax, or OAN. Writing an article about the danger of anonymous message boards that commanded several hundred people to commit acts of violence, would be good informative journalism. Instead, Darcy is simply using this tragedy to weakly connect his employer’s competition to violence. Darcy being a good company stooge is sent out like an attack dog to damage the competition.

Bulldog Darcy is not done yet, he writes: ” I asked all of these companies for comment on Thursday. I asked them if they have any guidelines governing the content that they carry on their platforms. I asked them if they have any regret over carrying right-wing channels that were in many ways partly responsible for what took place in our nation’s capital this week. Only CenturyLink provided a comment, saying it was committed to providing “a variety of broadcast channels covering thousands of topics” and that as a company it does not “endorse specific media or outlets CenturyLink didn’t respond to a follow-up email, but at least it responded in some way. AT&T, Verizon, Comcast, Charter, and Dish did not. They chose to simply ignore the questions”

So there you have it. Oliver Darcy is literally lobbying cable and digital television providers to stop carrying the conservative competition to CNN. It is amazing that a journalist will actually lobby for censorship if it benefits his boss. Oliver Darcy is something else.