Calamity? Anomaly? 2020 was a box office year like no other

When the sun sets on the 2020 film box office, it’ll be difficult to look at the numbers as anything but disastrous.

After five consecutive years of North American revenues exceeding $11 billion, this year they’re expected to cap out at an almost 40-year low of around $2.3 billion. That’ll be down 80% from last year according to data firm Comscore. Globally, where markets have been able to recover more fully, ticket sales will likely end up somewhere between $11 and $12 billion. Last year, that total hit $42.5 billion. But of course, 2020 is a year with a big asterisk.

It’s a year like no other,” said Jim Orr, president of domestic theatrical distribution for Universal Pictures. “We’ve never seen this little business in this industry.”

Outside of January and February, it’s impossible to judge the year’s box office by pre-pandemic standards. Box office, in aggregate, is fairly predictable in a normal year. But when the theaters shut down March 20, that “all went out the window,” said Paul Dergarabedian, a senior media analyst with Comscore. “The unpredictability became the constant.” 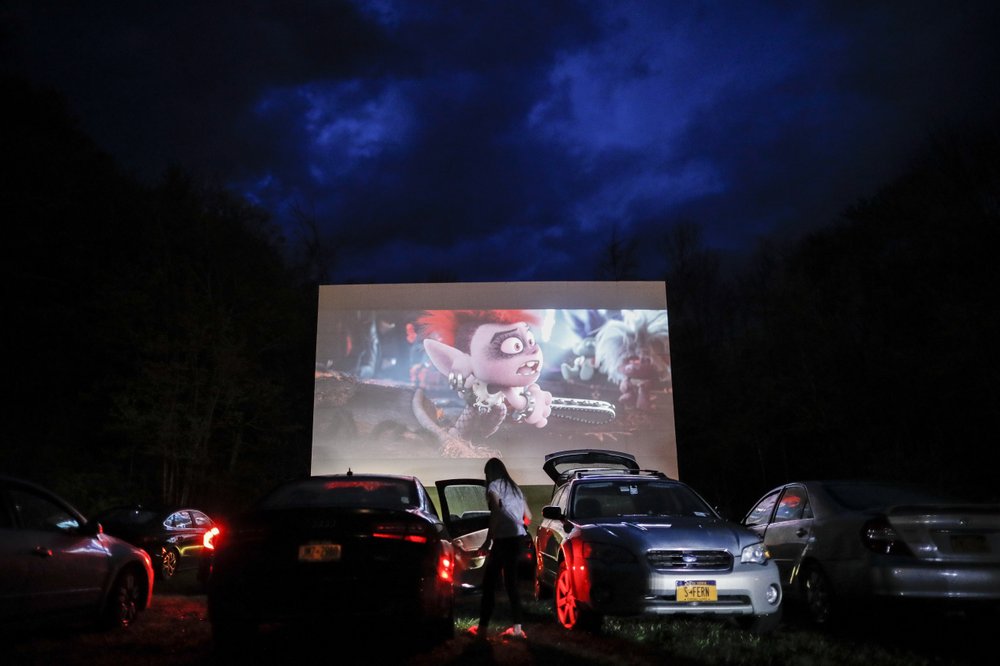 A “Trolls: World Tour” showing in New York in May. (AP Photo/John Minchillo

Most North American theaters weren’t open for six months straight through the summer season, which typically accounts for around 40% of the year’s profits. For the past two years, the summer movie season has netted over $4.3 billion. This year it brought in $176.5 million, much of that from drive-in theaters.

“The drive-in became the hero of the summer,” Dergarabedian said.

When indoor theaters did start to reopen in late August and early September, it was at limited capacity and with limited product. Currently, about 35% of theaters are open in the U.S. and some of the biggest markets, including New York and Los Angeles, remain closed. Although there have been a steady stream of new releases, the blockbuster tentpoles have been few and far between. Some went to streaming services, others became premium digital rentals, but most simply retreated into 2021 and beyond.

Perhaps there is no more telling fact than that 2020 was the first time in over a decade without a Marvel movie. The Walt Disney Co.’s superhero factory has for the past two years topped the year-end charts with “ Avengers: Endgame ” and “Black Panther,” and has regularly had two or more films in the top 10.

Unsurprisingly, the 2020 top 10 is a little chaotic and comprised mostly of films from the first two months of the year. Sony’s Will Smith sequel “ Bad Boys for Life ” has stayed in first place in North America since its January release with $206.3 million. Globally it’s in second place to the Chinese film “The Eight Hundred” — the first time that the top worldwide film originated outside of Hollywood. The only post-shutdown films to crack the top 10 are Christopher Nolan’s “ Tenet,” in eighth place with $57.2 million and the animated family sequel “ The Croods: A New Age,” which was released at Thanksgiving and has earned $30.8 million so far to put it in 10th place.

And at least 15 films in the top 100 were retro releases, including “Hocus Pocus,” “The Empire Strikes Back,” and “The Nightmare Before Christmas.”

“The silver lining for movie theaters is even though people had unlimited options at home, people still sought out the movie theater,” Dergarabedian said. “People have a desire to go outside the home and be entertained. That desire hasn’t changed but the ability to do that was profoundly limited.”

It’s even changed the way opening weekends, once a reliable indicator of a film’s long-term prospects, are judged and it might remain that way for a while.

“The instant gratification that we used to be able to deliver on Sunday mornings after opening on a Friday? It’s probably not going to happen again for quite some time,” Orr said. 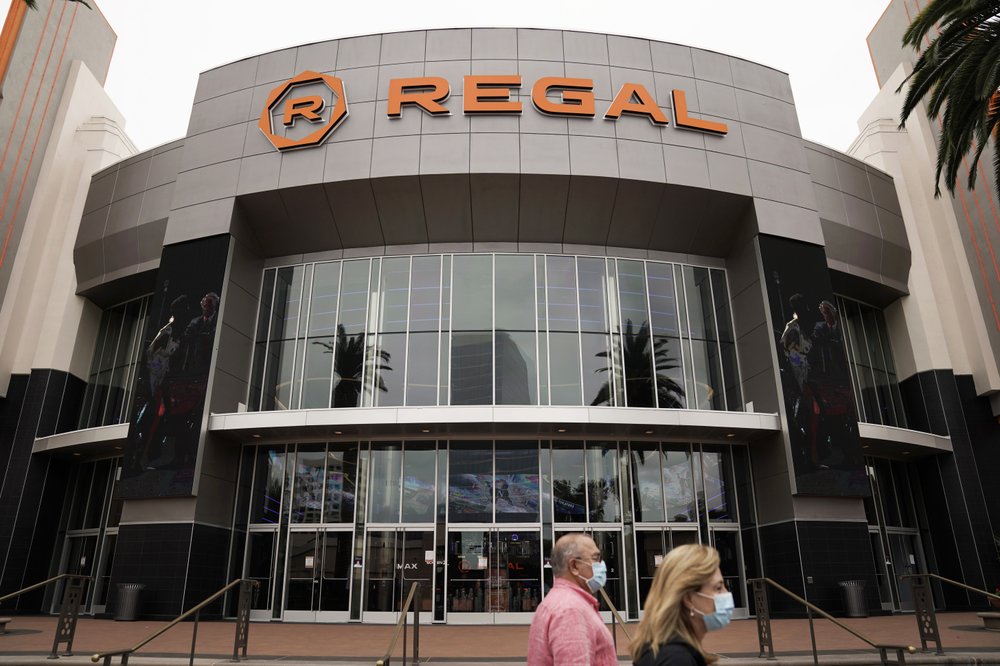 Theaters have embraced enhanced safety protocols and experimented with different ways to get people back into seats, including private theater rentals, but attendance throughout the fall and winter remained limited.

“People go to movie theaters to escape. If you’re going to a movie theater where you have to wear a mask and you have to sit apart and you have to be hyper-conscious of your surroundings, that is not how the theatrical experience is supposed to work,” said John Sloss, principal at the media advisory firm Cinetic. “To judge this year at all in terms of theater attendance, I think is doing a disservice overall to what’s really going on.”

Moviegoing in 2020 is the story of an industry that employs some 150,000 fighting to stay afloat until normalcy returns, which everyone expects will happen even if it’s not in the near future. Small movie theater owners will get a bit of a lifeline from the pandemic relief package.

But effects on the businesses have been staggering and it may be a while before the full impact is known, although there have been some historic developments and compromises. Some innovations have been well-received, like Universal’s landmark agreement with various exhibitors to shorten the theatrical window from 90 days to as little as 17 days in some cases. Others, like Warner Bros.’ decision to release all of its 2021 films on HBO Max and in theaters simultaneously, have not.

It’s no secret that streaming services, whether subscription or on demand, filled a huge gap for film fans looking for new content. While at-home options will continue to compete with theaters for consumer eyes and dollars, few believe that they are a death-knell for theaters. By and large, studios are not looking to abandon the theatrical model, even if some priorities have shifted to streaming.

“I do think there’s a bright light at the end of the tunnel,” Orr said. “As vaccinations continue to roll out, I am 100% convinced that people will come running back into theaters when it’s possible in their area. The model is not going away.”

Disney CEO Bob Chapek noted at the company’s recent investor day that they made $13 billion at the box office in 2019.

“That’s not something to sneeze at,” Chapek said.

This past weekend, “Wonder Woman 1984,” which was available to stream on HBO Max for free, also collected $16.7 million from 2,100 North American theaters. That number would have been a disaster before. For the pandemic? It’s a record.