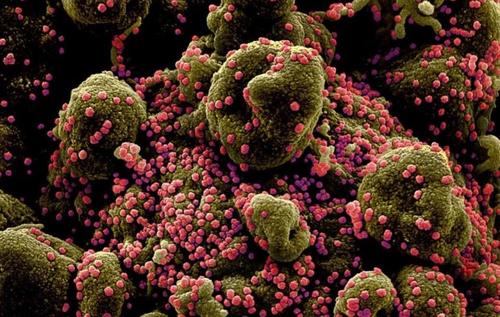 (TJVNEWS.COM) Jamie Metzl – who served as Deputy Staff Director of the Foreign Relations Committee under Biden (2001-2003), after serving on the National Security Council (1997-1999) and the State Department (1999-2001) under Clinton, waited until three days after Biden’s inauguration to tell the Toronto Sun(LINK)that he thinks COVID-19 was most likely an accidental lab leak in Wuhan.

“There’s no irrefutable evidence,” said the Kansas-born Metzl, a senior Atlantic Council fellow who was appointed to the WHO expert advisory committee on human genome editing in 2019. “There’s just more evidence and as more evidence arrives, the case for accidental lab leak, in my view, increases.”

From Metzl’s interview with the Sun

Do you get the idea of scary viruses being created in a lab may seem a little sci-fi?

It may feel like sci-fi to people but what’s happening is sci. There is a field of study called “gain of function” research, which is highly controversial in which some scientists amplify the virility of viruses. We know that the Wuhan Institute of Virology was involved in gain of function research on bat coronaviruses.

Is it because this specifically started in China that we still don’t know how COVID-19 started?

If there had been an outbreak in Congo or some country in Africa and that country, in the earliest days of the pandemic, prevented World Health Organization investigators from going onto the scene of the outbreak, for nearly a month, the world would have gone berserk.

‘You feel like you’re in prison’: Aussie recounts ordeal in COVID camp