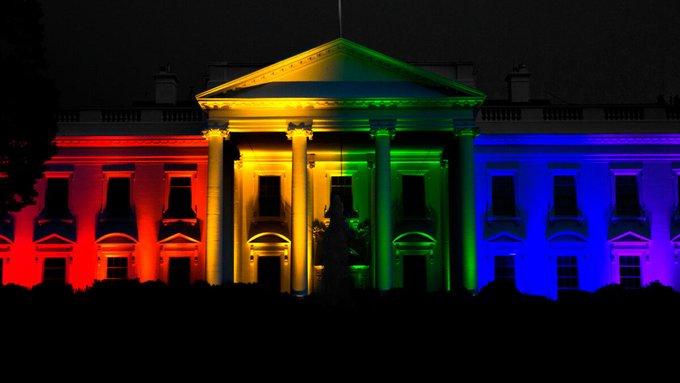 Hours after taking the oath of office, President Joe Biden signed an executive order on Wednesday giving sweeping “rights” to men and women who want to live as the opposite biological sex, including allowing these transgender individuals to compete in sports.

Every person should be treated with respect and dignity and should be able to live without fear, no matter who they are or whom they love,” Biden wrote in the Executive Order, using the talking point used during the Obama administration.

The order also will make spaces like restrooms and locker rooms open to all individuals based on their perceived sex rather than their biological sex.

“Children should be able to learn without worrying about whether they will be denied access to the restroom, the locker room, or school sports,” Biden wrote.

The order also covered the workplace, ensuring that people will not “be fired, demoted, or mistreated because of whom they go home to or because how they dress does not conform to sex-based stereotypes.”

The order cites federal statutes Biden said backs up his order, including Title IX, which is actually the reverse of his order because the statute is to prohibit schools that receive federal funding from discrimination against women, including in sports.

The order also claims the Civil Rights Act of 1964 that prevented discrimination based race, color, religion, sex or national origin, also applies to “sexual orientation.” Biden cites the U.S. Supreme Court’s Bostock v. Clayton County case, which held, “An employer who fires an individual merely for being gay or transgender violates Title VII of the Civil Rights Act of 1964.”

he order is meant to be enforced across the federal government by requiring agencies to comply with it.

The Human Rights Campaign, which has for years pressed for special rights for people based on their sexual preferences, praised Biden’s order:

Biden’s Executive Order is the most substantive, wide-ranging executive order concerning sexual orientation and gender identity ever issued by a United States president,” Alphonso David, President, Human Right Campaign, said in statement. “Today, millions of Americans can breathe a sigh of relief knowing that their President and their government believe discrimination based on sexual orientation and gender identity is not only intolerable but illegal. By fully implementing the Supreme Court’s historic ruling in Bostock, the federal government will enforce federal law to protect LGBTQ people from discrimination in employment, health care, housing, and education, and other key areas of life.

“While detailed implementation across the federal government will take time, this Executive Order will begin to immediately change the lives of the millions of LGBTQ people seeking to be treated equally under the law,” David said. “The full slate of Day One Executive Orders mark a welcome shift from the politics of xenophobia and discrimination to an administration that embraces our world, its people and its dreamers. We look forward to continuing to engage with the White House, Department of Justice, and other agencies to ensure that Bostock is properly implemented across the federal government.”

But Tony Perkins, president of the Family Research Council, said Biden’s threatens people of faith and flies in the face of facts.

“With a stroke of a pen, President Joe Biden has turned 50-year-old civil rights legislation on its head, hollowing out protections for people of faith,” Perkins said in a statement. “President Biden is unilaterally enacting a sweeping policy change that has routinely failed to win the approval of Congress, the body the Constitution tasks with actually passing laws.”

“Sadly, the Biden administration is planning to go much further in its assault on biological reality and is expected to order schools to abolish girls’ sports and force boys and girls to use the same showers and locker rooms, and maybe even bunk together on school trips,” Perkins said. “The party that claims to be the party of science is advancing policies on day one that deny reality.”