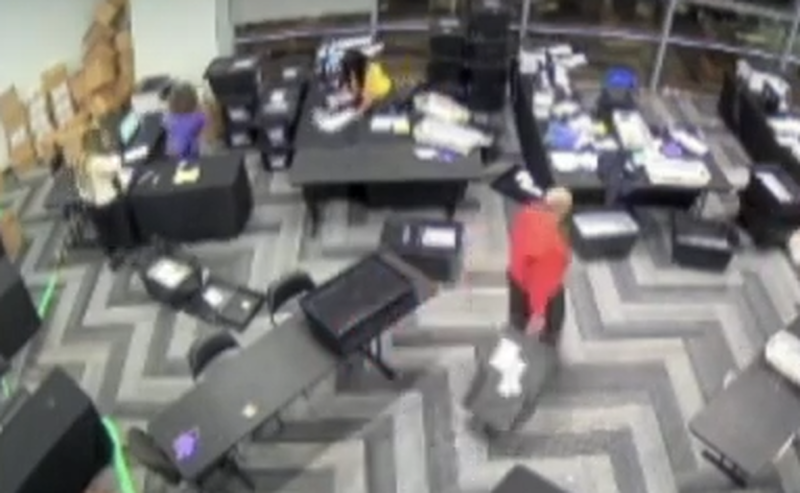 Disturbing election night footage has emerged showing Georgia poll workers waiting for observers and news outlets to leave State Farm Arena in Atlanta after calling an end to counting for the night, before pulling out several large suitcases containing ballots from under a table.

ZERO HEDGE SUMMARIZED THE VIDEO BELOW:

The footage, presented by an attorney working with Republicans during a Thursday state Senate hearing, is perhaps the strongest direct evidence of potential fraud and demands serious inquiry. In it, a handful of poll workers can clearly be seen staying behind after GOP observers say they were told to clear out. After the media packs up their belongings, the workers can be seen pulling out the suitcases and opening them at approximately 11 p.m.

The questionable activity begins around 6 minutes into the video