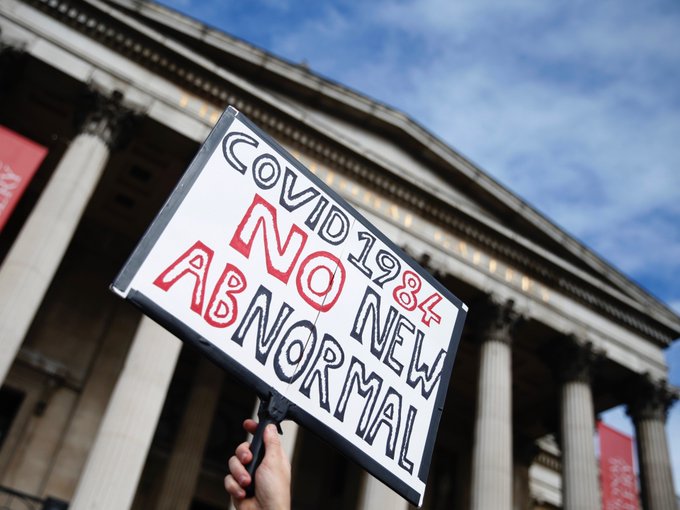 Health Secretary Matt Hancock has announced that the Tier 4 lockdown will be extended to other parts of the country the day after Christmas. He also revealed that scientists have discovered another new Chinese coronavirus mutation.

Last week, the government announced the existence of the first “new variant” of the Chinese coronavirus in the UK, which informed the decision to plunge much of the south-east of England into a newly-created Tier 4, disrupting Christmas plans for 16 million people.

Addressing media from Downing Street on Wednesday, Mr Hancock said that because of the spread of this variant, more parts of the country would have to come under the restrictions, in the east and south-east of England, with areas of the south-west also going into higher tiers.

From midnight on Boxing Day, Sussex, Oxfordshire, Suffolk, Norfolk, and Cambridgeshire, those parts of Essex not yet in Tier 4, Waverley in Surrey, and Hampshire (including Portsmouth and Southampton, but with the exception of the New Forest), will all be escalated to Tier 4, joining London, the Home Counties and other parts of the East and South East in the highest coronavirus restrictions in England.

Other parts of the country will also go up a tier in restrictions on the day after Christmas, including Bristol, Cheshire and Warrington, Gloucestershire, the Isle of Wight, the New Forest, Northamptonshire, Somerset, and Swindon which will go into Tier 3, while Cornwall and Herefordshire will go into Tier 2.

Mr Hancock said: “I know that these actions have consequences, I know how difficult it is, but I also know that it is right to take the actions necessary to control this virus.”

“This is not news that anybody wants to deliver, and I am truly sorry for the disruption that it causes, but I think people know how important it is that we take decisions to keep people safe and to protect the NHS,” he added.

Health Secretary Hancock announced the discovery of another new strain of the virus, originating from South Africa with two confirmed cases in the UK. He warned citizens that if they have returned from South Africa or had close contact with people who have travelled from the country in the past two weeks to immediately self-quarantine. Travel from South Africa is also being restricted.

The health secretary also announced that the team involved in developing the Oxford-AstraZeneca vaccine submitted their data package to the Medicines and Healthcare products Regulatory Agency (MHRA) for approval.