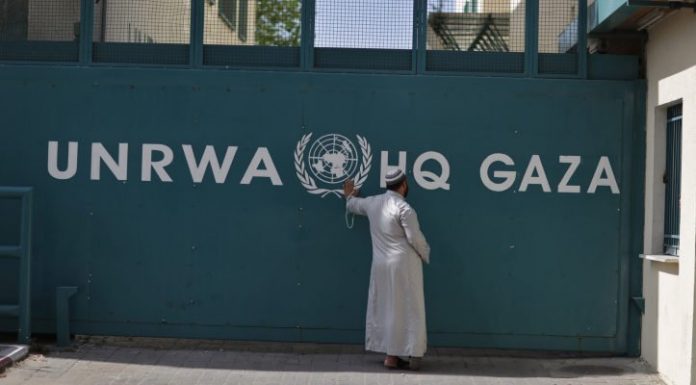 The Paris-based Le Monde newspaper reported over the weekend that the United Arab Emirates may be working with Israel to shut down the United Nations (UN) agency responsible for maintaining Palestinian refugees in the region (UNRWA).

“According to information from Le Monde, Emirati officials are considering an action plan intended to gradually eliminate UNRWA, without making this development conditional on a resolution of the refugee problem,” tweeted Le Monde‘s Middle East correspondent Benjamin Barthe who is based in Beirut.

“In doing so, Abu Dhabi would be rallying to a long-standing demand from Israel, which insists that the agency is obstructing peace by nurturing refugees in the dream of returning to the lands from which their parents were driven in 1948,” Barthe opined.

Created in the 1950s, UNRWA has been seen as perpetuating the Palestinians’ problems. Israel for decades has denounced UNRWA’s policy of grossly inflating the number of Palestinian refugees the agency claims to serve, and last year a senior official from UNRWA itself said the UN should not be funding 90% of UNRWA’s activities.

Former UNRWA general counsel James Lindsay called on nations that fund UNRWA to push for these “rational changes” to the definition of a refugee, or push to dissolve the organization over the next five years.

Barthe speculated that the a Emirati diplomacy that serves the interests of “Israel” may also change the UAE’s attitude towards UNRWA, the United Nations Relief and Works Agency for Palestine Refugees.

Between 2018 and 2019, the UAE, along with Qatar and Saudi Arabia, provided much funding to UNRWA to compensate for the funding cuts by the Trump administration. However, Le Monde noted that this year, the UAE has done almost nothing for the organization, which claims it is on the threshold of bankruptcy.

Sources told Le Monde that Emirati officials are studying an action plan aimed at gradually getting rid of UNRWA, without making its demise conditional on solving the Palestinian refugee problem.

In doing so, Abu Dhabi will adopt Israel’s position that UNRWA obstructs peace by sponsoring a population whose goal is to flood into lands now controlled by Israel.

Senior UAE government officials pointed out that they got Israel to back down from applying sovereignty over settlement blocs in return for diplomatic relations.

The Emiratis still claim to support the establishment of a Palestinian state and political analyst Abdullah Abdel Khaleq noted that earlier this month the UAE supported seven anti-Israel Palestinian resolutions in the United Nations General Assembly.

“This did not please the Israelis, and they told us that. But now we have influence over them. And if they engage in actions that we do not like, then no can still freeze the rapprochement, or even reverse it,” Abdel Khaleq told the paper.

The Dubai-based Saudi journalist Abdul Rahman Al-Rashed told Le Monde: “Palestinians have the right to establish a state, but their cause is no longer a priority. Normalization agreements were supposed to be signed twenty years ago. The Gulf states have more in common with Israel than many Arab countries.” (World Israel News)