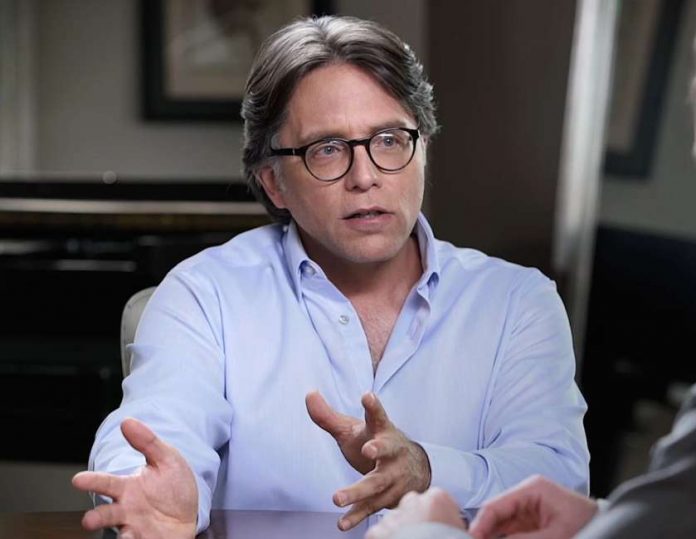 Nxivm leader Keith Raniere, who has been sentenced to 120 years in prison for running the sex-slave cult, says he is afraid he won’t last long in jail.   On recordings that Nxivm’s former publicist, Frank Parlato, posted on his blog, the Frank Report, Raniere can be heard speaking about how dangerous it would be for him to be placed in a maximum-security prison within the general population.  “Well, with these charges and if I’m sentenced to life and go to a penitentiary, it is a death penalty,” the outlet reported Raniere saying in a recorded message to his followers.

On Oct. 27th, Raniere was sentenced by judge Nicholas G. Garaufis of Federal District Court in Brooklyn to 120 years in prison, after being convicted last year for seven felonies including sex trafficking, fraud, racketeering, child pornography and forced labor.

As reported by the NY post, Raniere, who is currently being held in Brooklyn’s federal Metropolitan Detention Center, began voicing concern about his safety back in March when he said a “vicious” man who, “told various people he would put as much money as necessary, literally hundreds of millions of dollars to have me put in jail for the rest of my life, to have me killed, to have me destroyed,” the blog reported Raniere saying.  “To have me, whatever… the worst thing you can imagine.”

Parlatto said there are murmurs that affiliates of the Latin Kings and MS-13 gangs would kill Raniere if they could.  The source of the rumors was unclear.  In a recording last week, Raneiere said, “I can’t think of anything else to say, but remember these things have to move quickly because, you know, I get designated soon – and then I’ll be out of here. And that’s a dangerous situation for me,” as per the blog.  Raniere also made a similar plea in a Nov. 21 recording.

In November, Raniere’s lawyers requested for him to be placed in a protective unit, saying he may become a target with other inmates, due to his high-profile case.  “In light of the media interest in this case and due to the nature of the offense conduct . . . we request that the Court recommend to the Bureau of Prisons that Mr. Raniere be housed at a facility that has a special or sensitive needs unit,” wrote attorney Marc Agnifilo in a letter to the judge.  The judge has since declined to intercede, directing Raniere’s lawyers to make the request directly with the Bureau of Prisons.

Expert: Biden Actions Against American Oil, Gas Energy Production Could Kill as Many as 1 Million Jobs