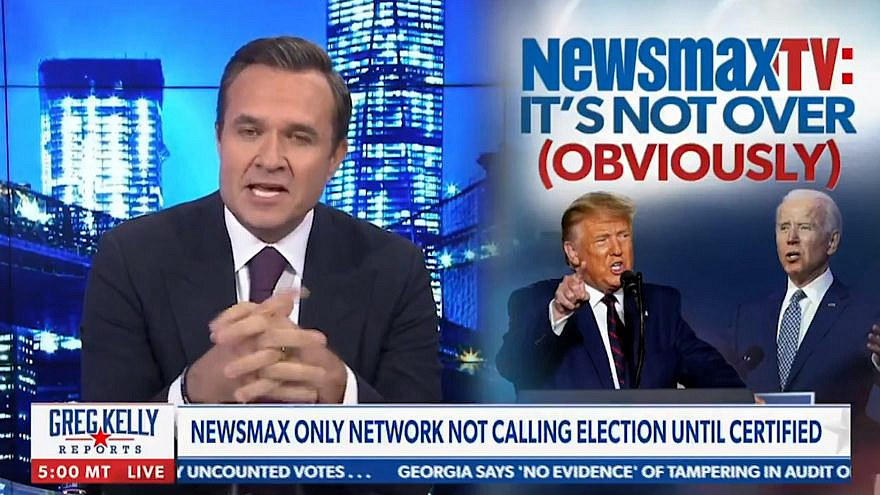 (JNS) In the weeks following the presidential election, there has been upheaval within the conservative media world that has long been dominated by Fox News. Lesser-known cable-TV companies, such as Newsmax and OAN, have seen explosive growth as these networks have drawn in supporters of U.S. President Donald Trump and his claims of election fraud.

Originally founded in 1998 by Chris Ruddy as a conservative news website, the company launched its cable-news channel in 2014. Today, Newsmax—headquartered in Boca Raton, Fla., with offices in New York, Los Angeles and Washington—says its channel reaches 70 million households. Its network is found on most major cable and satellite operators, such as DirecTV, Dish, Xfinity, Fios, Optimum and even newer streaming services like Fubo and Sling.

However, the company has hit some barriers in its expansion with cable operators such as RCN, which serves major markets such as New York, Washington, D.C., Boston, Philadelphia and Chicago, refusing to carry its network. RCN, along with its partners Grande Communications and Wave Broadband, form the sixth-largest cable operator in the United States with some 1 million customers.

Newsmax has accused RCN of “liberal bias” and has urged its viewers to contact the company to demand that it carry Newsmax.