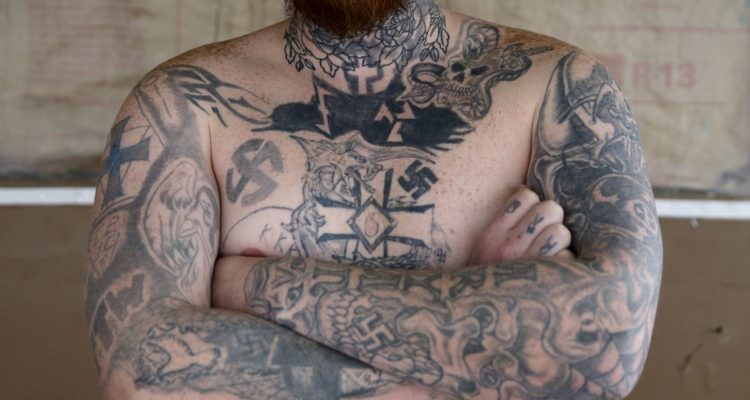 A California emergency room doctor shared his angst at finding himself having to save the life of a neo-Nazi who arrived at his hospital gasping for breath and needing life-saving treatment.

Dr. Taylor Nichols works at the Mercy San Juan Medical Center in Carmichael, California just north of Sacramento, which has been inundated with coronavirus patients in serious condition.

Earlier this week, Dr. Nichols tweeted about one coronavirus patient who was brought in by ambulance. As he and his team removed the badly wheezing patient’s shirt to prep him for treatment, they were confronted with large Nazi tattoos.

“The swastika stood out boldly on his chest. SS tattoos and other insignia that had previously been covered by his shirt were now obvious to the room,” Nichols tweeted, adding that he was working along with a a Black nurse and an Asian respiratory therapist.

“We all saw. The symbols of hate on his body outwardly and proudly announced his views. We all knew what he thought of us. How he valued our lives,” Nichols said. “Yet here we were, working seamlessly as a team to make sure we gave him the best chance to survive that we could.”

The irony of the situation hit Dr. Nichols, how he, a Jewish doctor, had to save the life of a neo-Nazi who he said begged him from his bed saying: “Don’t let me die, doc.”

“In that moment, I questioned how I felt about it, because being Jewish, seeing that symbol of hate, knowing that that same compassion may not otherwise have been extended towards me if the roles had been reversed really made me double down and look into myself and extend that compassion towards him – do everything I could to save his life,” Nichols told ABC News after they saw his Twitter postings.

Nichol reassured the man that he and his team “were all going to work hard to take care of him and keep him alive as best as we could.”

“We did perform those life saving measures and intubated him, but that moment caused me to question. I had never felt quite so challenged in that way in my compassion before,” Nichols said, adding that “everybody noticed” the tattoos.

“But none of us questioned what we were doing … we are deeply compassionate and deeply passionate about we do, and so we were going to go ahead and do what we signed up for and work to save lives,” he said, “but it weighed on us.”