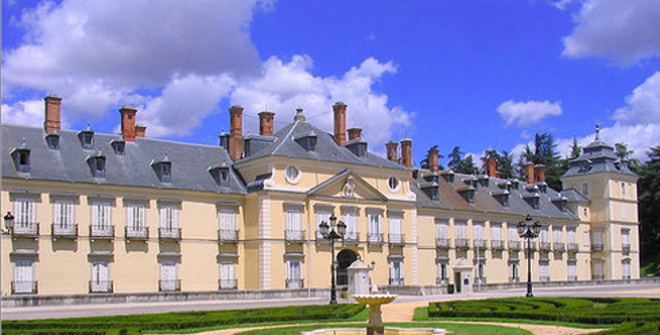 (VIN) The Pardo Palace, the king of Spain’s reception hall in Madrid, has installed a unique Israeli technology designed to purify the air from all kinds of viruses, including coronavirus, according to a report by JewishBusinessNews.

Aura Air, a Tel Aviv-based company, has developed a 15X15 inch household device based on sensors, an electronic circuit and an air purification system, which is capable of purifying the air in an average room at a rate of 2.5 times per hour and destroying all viruses in the vicinity. A study conducted at Israel’s Sheba hospital found that the system kills 99.9% of viruses in the air, including COVID-19.

The system uses sensors to check all particles in the air, detect unusual phenomena and increases in polution and then purifies the air and returns it into the room. Additionally, the system checks temperature, carbon dioxide, organic gases and other issues present in the air. The system can detect a fire even before there is smoke by detecting the high level of burnt plastic molecules which characterize such fires.

Co-founder and CEO of Aura Air, Aviad Schneiderman, told Techtime that “we allow people to gather in enclosed spaces without having to be afraid. We perform real-time measurements of generic parameters such as temperature, humidity, the amount of carbon dioxide, organic gases and more.”

The company was founded by Aviad and his brother Eldar Schneiderman, after the completion of a long army service and currently employs 14 people. Last month it raised $3 million. AY Electronics, the owner of Shiratech Solutions, is a major investor in the company and is also responsible for the production of the systems. The final assembly is done in the company’s new production line which opened last month in Caesarea. The system is manufactured in collaboration with Zichron Yaakov’s Beit El Industries.

This month Aura Air introduced a unique mobile personal air purification system: It looks like a small portable device such as a mobile phone – but it is big enough to purify a full 10 cubic meters “air bubble” around the user. It includes the filter that destroys the COVID-19 and allows people to protect the air they breathe while they are in heavily populated areas, such as planes, buses, etc.