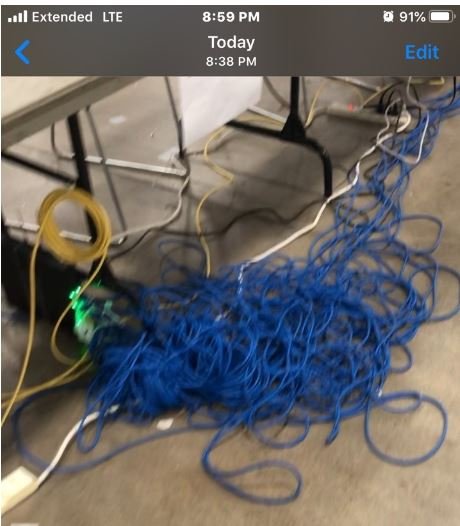 While the mainstream media is continuing to tell the public, there is no evidence of any voter fraud, irregularities, and suspicious activity, the reports are coming in by the minute from around the country.

Here are some of the latest happenings:

Poll watchers in Wayne County have filed a lawsuit against the City of Detroit and several elections officials alleging widespread voter fraud has been taking place in and around the Detroit elections offices, Gateway Pundit reported.

Filed via the Great Lakes Justice Center for Plaintiffs Cheryl Constantino and Edward McCall, the suit claims that elections officials assigned random ballots to people who had not voted yet, accepted ballots after the deadline, failed to verify signatures and identification of voters, thousands of unsealed and unsecured ballots arrived and were all marked for Biden, officials instructed people to vote for democrats, challenges to ballots were not recorded, and poll watchers were eventually kicked out.

These allegations are backed up by sworn affidavits from multiple individuals who witnessed this rampant disregard for the laws and standards.

Jessy Jacob, a longtime city worker, signed the affidavit in a lawsuit by the Great Lakes Justice Center(LINK TO ENTIRE LAWSUIT)

Jacob claims in the affidavit:

A Michigan county has flipped from a win for Democrat Joe Biden to one for President Donald Trump after the discovery of a software glitch and a manual recount.

Results in Antrim County published on Wednesday morning showed Biden winning by slightly more than 3,000 votes, with 98 percent of precincts reporting, according to the Detroit Free Press.

Ballot Rescue Teams(link)  recruited volunteers to do phone banking and also to travel Georgia’s counties, knocking on people’s front doors – offering to help “cure” or fix absentee and mail-in ballots which, allegedly, had problems and were, allegedly, not being counted by county registrars. This occurred after the election on November 4th for 3 days.

New Georgia Project (NGP), founded by Georgia Democrat activist and failed gubernatorial candidate Stacey Abrams, lost a lawsuit in which the activists wanted to extend the Georgia mail-in ballot receipt deadline for three additional days. On appeal, brought by the state of Georgia, Georgia election law held firm, with the higher court decisively re-establishing the deadline in 2020 as of November 3, at the close of the polls.

Georgia Ballot Rescue Team is itself a project of “Swing Left,” a political action committee (PAC) focused on moving U.S. “swing” states to the far left.  Swing Left is a project of Onward Together.

This ballot correction effort went beyond the legal deadline and apparently only targeted Democratic voters, as all of these non-profits – Swing left, Onward Together and NGP are all left-wing entities.  Onward Together was founded by Hillary Clinton with her close mate, Huma Abedin, and has deep George Soros ties.

Essentially a partisan nonprofit group was collecting and fixing Democratic voters mail in ballots illegally after the deadline.

The study found that 352 U.S. counties in 29 states managed to have 1.8 million more registered voters than eligible voting-age citizens.