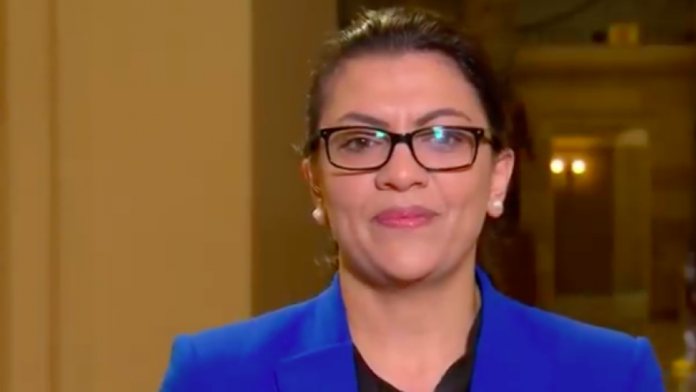 (JNS) Rep. Rashida Tlaib (D-Mich.) is scheduled to be on a panel about anti-Semitism with other figures who have themselves engaged in anti-Semitism.

Hill was fired as a CNN as a contributor in 2018 for calling for “a Free Palestine From the River to the Sea.”

Controversial journalist Peter Beinart is also slated to participate in the program. While he has not engaged in anti-Semitism though, Beinart, who is Jewish and whose parents were Jewish immigrants from South Africa, has called for the end of Israel as a Jewish state.

In response to a tweet asking what makes him qualified to be on such a panel, Hill wrote, “… I’m genuinely curious to know why you constantly question my qualifications. You’ve publicly stated multiple misstatements about my background, training, etc. I’m excited to be a part of this event. I think standing up against antisemitism is critical and necessary.”

Tlaib retweeted Hill’s post and added, “We all are standing against all forms of hate + bigotry. When it comes to standing up for Palestinian rights & human dignity, our intentions are questioned even though we probably are some of the biggest fighters against antisemitism. This is an attempt to police and silence us.”

Tlaib, who supports the anti-Israel BDS movement and was easily re-elected this month to a second term as the representative from Michigan’s 13th Congressional District, has met with supporters of terrorist organizations, made controversial statements on the Holocaust and has endorsed the end of Israel as a Jewish state.

More recently, she made a controversial comment regarding Joe Biden’s expected nomination of Tony Blinken, who is Jewish, to be his secretary of state. Tlaib tweeted on Sunday, “So long as he doesn’t suppress my First Amendment right to speak out against Netanyahu’s racist and inhumane policies. The Palestinian people deserve equality and justice.”