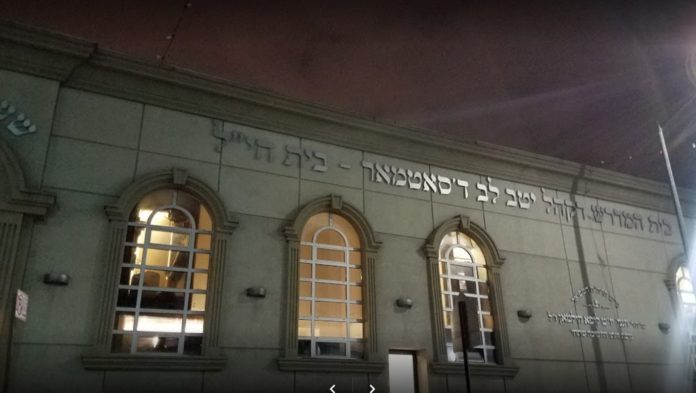 (VIN) The Satmar synagogue that hosted a huge wedding in Brooklyn, will be slapped with a $15,000 fine for violation of restrictions aimed at reducing the COVID infection rate, Mayor de Blasio said Monday, the NY Daily News reports.

The Nov. 8 wedding was arranged to avoid detection by secular authorities, according to the New York Post, which first reported about the wedding on Saturday. Photographs published in the Post show Congregation Yetev Lev B’Satmar in Williamsburg packed with guests, in violation of pandemic rules limiting houses of worship to 50% capacity at most, and less in areas with many COVID-19 cases.

“Due to the ongoing situation with government restrictions, preparations were made secretly and discreetly, so as not to draw attention from strangers,” the Satmar newspaper Der Blatt reported, according to the Post’s report.

“We know there was a wedding. We know it was too big. We don’t have an exact figure, but whatever it was, it was too big,” the Mayor said “There appeared to be a real effort to conceal it, which is absolutely unacceptable.”

“There is going to be a summons for $15,000 immediately for that site,” de Blasio said. “And there could be additional consequences quite soon, as well. That’s just not acceptable.”