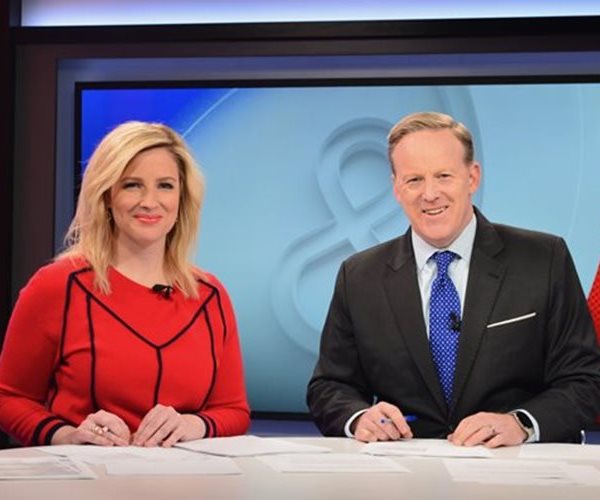 It looks like the growling hounds in the form of Newsmax and One America News networks are chasing Fox News out of its once sitting-pretty throne as the top choice of conservative viewers. Its election coverage, its softening position in support of Trump during the early hours of Election Day, has impacted Fox’s viewership in a similar manner of Covid’19’s effect on the world. Former fans of the channel are scattering away. Fox News, for years, has been criticized for polarizing coverage. Now, there’s a race unfolding among several conservative outlets who don’t think Fox is pro-Trump enough. TV ratings for Newsmax have surged – its marquee host, Greg Kelly, has recently drawn as many as 1.1 million viewers a night as President Trump continues to urge followers to abandon Fox News. That’s not a good sign for its future.

Conservatives, for years have relied on Fox and its hosts to support Republican values and candidates, as well as to attack liberals and their progressive ideas. They avoided CNN, MSNBC, ABC, CBS, PBS, BBC like the plague. They tuned in Fox to breathe the air of Conservatism. But they were constantly disappointed and disturbed at the lack of continuity at the channel. The many former stars at Fox who have been shown the door by Rupert Murdoch and his family who run the network read in number like the endless offerings off a smorgasbord menu: Bill O’Reilly, Gretchen Carlson, Eric Bolling, Dick Morris, Ed Henry and Andrea Tantaros, among many others. They wooed audiences with their political verbiage and audience appeal and yet they disappeared. Signs that the leadership from above was fumbling for the right formula. All the while, the network’s audiences grumbled, with good reason, that their necessary, daily grind of right wing, conservative news commentators, whom they adored and admired were being taken away from them without cause. Those loyal viewers must now count on Tucker Carlson and Sean Hannity to continue as the standard bearers for Fox. Are their tenures in jeopardy? Who knows?

Our bet is that Newsmax will win over much of the conservative viewership after the votes have been counted. They appear to be the new stars in that sphere. Its founder, leader and the star of the show is Chris Ruddy the Boca Raton, Florida company’s CEO, who is a longtime friend of President Trump and a member of the Trump owned, Mar-a-Lago Club in Palm Beach. Chris credits much of the shift of viewers to Newsmax, to Fox’s decision to call Arizona for Biden on election night. Although they apparently turned out to be correct about this, it triggered outrage among their fan base. “It felt like it was an earthquake on election night,” said Ruddy. He continued, “The walls have been breached.” We agree and don’t discount Trump remaining in politics even if he loses his recount appeals. He has dipped his toe into the game and enjoys the battle. His businesses seem to be well run by his family and the possibility of him buying into Newsmax to continue to have a hand in the game is a long-shot, but a possibility. No matter what, the Jewish Voice will continue to support Newsmax and all other like-minded conservative media that stand for freedom of speech, the press and of course, American values. We look forward to a good, healthy relationship with them.

Where were the Voices of American Jewish Leaders During The Iron Dome Crisis???

We Should Have Remembered the Lessons of 9/11