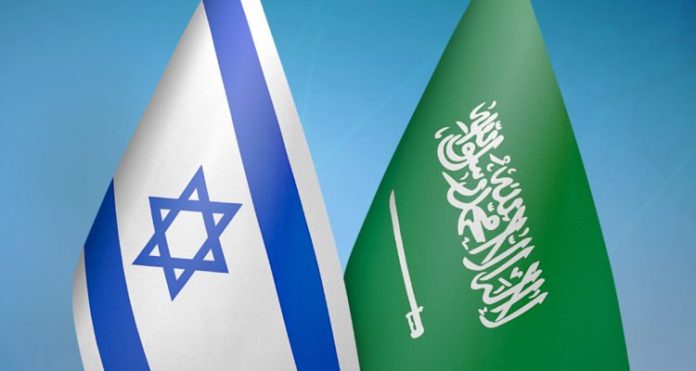 By: Israel Hayom via JNS

Hamas on Monday lambasted the Saudis for agreeing to meet with Prime Minister Benjamin Netanyahu, calling the move an “insult” to the Palestinian cause.

Saudi Arabia was the architect of the 2002 Arab peace initiative that sought a resolution to the Israeli-Palestinian conflict. The U.S. has been pushing for the Saudis to be the next Gulf state to reach a peace deal with Israel under the Abraham Accords, but top officials in the kingdom have linked normalizing ties with the Jewish state to a major breakthrough in the talks with Ramallah.

It is unclear whether Netanyahu’s meeting with Saudi Crown Prince Mohammed signals a shift in Riyadh’s policy on the issue.

Mossad Director Yossi Cohen was also present at the meeting, which reportedly focused on Jerusalem-Riyadh ties and possible rapprochement between the Gulf power and the Jewish state.

Riyadh has yet to officially comment on the meeting, which was arranged by U.S. Special Representative for Iran Elliott Abrams.

Both President Donald Trump and Netanyahu have in recent weeks said that additional Arab states were interested in signing peace deals with Israel.

“I have seen press reports about a purported meeting between HRH the Crown Prince and Israeli officials during the recent visit by SecPompeo,” he tweeted on Monday. “No such meeting occurred. The only officials present were American and Saudi.”

The tweet did not elaborate. However, the media reportedly got wind of the secret meeting before it was to be publicized, and it has since been confirmed.

The meeting’s apparent purpose, the paper says, is to show a united front against Iran before President-elect Joe Biden takes office in January. Biden has spoken out in favor of a return to a nuclear deal with Iran, a move staunchly opposed by Israel, Saudi Arabia and other countries in the Gulf that are repeatedly threatened by the regime in Tehran. (World Israel News)