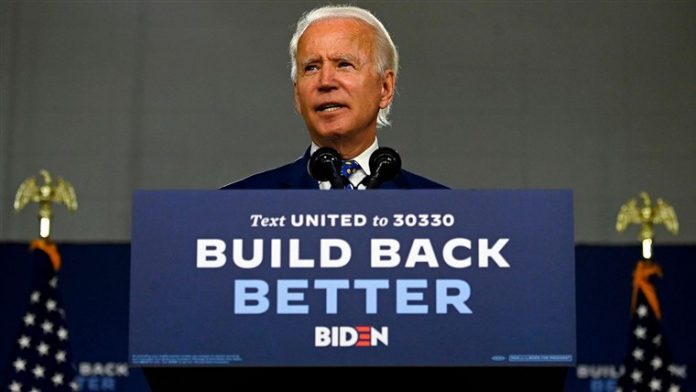 TJV previously reported on what is becoming one of the most talked-about topics online, The Great Reset (LINK to our article)

Several powerful intellectuals have discussed in meetings such as the World Economic Forum a global plan for redistribution of wealth in an attempt to allegedly end world poverty.

“The Great Reset” is a term frequently used by journalists and researchers who have been trying to explain to the public these plans. These topics are often relegated to ‘conspiracy theory’ forums, but the word has spread and in the era of COVID-19, many are discussing The Great Reset.

This theory is no longer relegated to exclusive meetings at the World Economic Forum, it is now out in the open

“The Great Reset” began trending on Twitter after Canadian Prime Minister Justin Trudeau said the coronavirus pandemic had provided an “opportunity for a reset.”

Trudeau is the first world leader to mention this agenda out in the open.

“Building back better means getting support to the most vulnerable while maintaining our momentum on reaching the 2030 agenda for sustainable development and the SDGs (Sustainable Development Goals)” said Trudeau.

“This pandemic has provided an opportunity for a reset – this is our chance to accelerate our pre-pandemic efforts to re-imagine economic systems that actually address global challenges like extreme poverty, inequality and climate change,” he added.

Trudeau is saying that the purpose of Coronavirus is for ‘The Great Reset’. The Cabal are coming out of hiding now 👀
pic.twitter.com/xcCEInn5y9

One of the biggest and notable critics is former Australian Senator Cory Bernardi.

Bernardi believes that the COVID-19 pandemic hysteria is being used as the Trojan horse for a globalist agenda hatched out of the World Economic Forum in Davos. The agenda allegedly will consolidate governance into a centralized ‘global order’, curtailing standards of living in a socialist effort to make things more ‘equal’ in order to end extreme poverty.

Some of the ideas discussed by elites such as World Economic Forum founder Klaus Schwab include a “Univeral Basic Income”, where everyone will get a set amount of money per month ($2000 a month is usually the threshold) and the government paying off every individual debt ( including credit card and mortgages ), in return the individual would give up the right to own private property.

“(Mr. Schwab) admits that COVID is the new excuse to usher in the Green New Deal that climate alarmists, profiteers and big government have been pushing for years,” said Bernardi.

“Think about it, the global response to COVID has been a green socialist’s dream.”

Bernardi cites the fact that coordinated government shutdown policies (not COVID) have brought down fuel consumption and canceled international travel and bankrupted scores of airlines and travel firms already.

In addition, governments are using the ‘pandemic’ to permanently curtail civil liberties and freedom of movement and assembly.

“After decades of peddling climate change lies and propaganda to force government by the elites, the socialists have used a media-induced hysteria over public health as their latest weapon of economic destruction.”

The end game of creating the illusion of a global pandemic emergency is to rapidly usher-in the introduction of a ‘Green New Deal‘ policy – where billionaires seek to restructure our capitalist system into a new ‘green economy’ – promising equality and “climate justice” along the way,  Bernardi explained.

Some critics are even harsher in their opinion of The Great Reset, an  editorial published by the publication, Winter Oak, calls the new trend Schwab’s “fascist reset.”

Based on the fact that Trudeau mentioned this out in the open and Biden used their catchphrase as his campaign slogan, The Great Reset looks like it is jumping off the pages of every conspiracy website and possibly into fruition and changing life as we know it forever.

Anti-Semitism is Getting Me Down

A New State of Segregation: Vaccine Cards Are Just the Beginning