In the End, Trump Gets to Decide on What Needs to be Done - The Jewish Voice

In the End, Trump Gets to Decide on What Needs to be Done 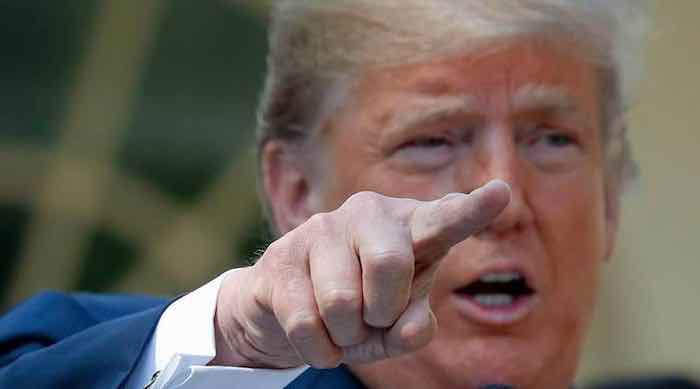 Frankly, it is President Trump’s call to make on what to do about the 2020 election – not the Supreme Court’s, nor anybody else’s.

The Deep State and treacherous Left of this nation have put the president through a veritable hell these last four years. The Trump campaign was spied upon and he was made to endure the Russia/impeachment hoax. The Democrats never recognized his presidency, and now he absolutely does not need to “concede” anything if he does not believe that he lost.

Under the “unitary executive theory,” of the Constitution

Everything written and broadcast in the Fake News mainstream media is simply bull, a complete false narrative that there is a “president-elect” Joe Biden. The media does not get to decide who is president; that is the way it was before Trump, which is part of the reason he was elected in 2016.

Under the “unitary executive theory,” of the Constitution, scholars recognize the president of the United States having broad executive powers. If it comes down to a choice between Trump or Supreme Court Chief Justice John Roberts on what must be done, considering the latter’s record of obstruction and judicial folly, it must be Trump.

The country has heard enough about “let all the votes be counted,” and there is “no evidence of voter fraud,” and “this has been the most secure election ever,” and other nonsense. Americans know what they see and feel, which is that President Trump would have won a landslide had normal election protocols been followed.

Was November 2020 a free and fair election, conducted under the rule of law, and does it pass the Constitutional smell test? It does not. Dead people voted, doubts about “glitchy” voting machines, and, of course, “mail-in ballots,” which are not even a thing. Absentee ballots, which are “mailed out,” and not “mailed in,” need to be requested by individual voters and not returned in mass by the supposed electorate. “Mail-in ballots,” which circumvented state election laws are unconstitutional and fraudulent, no matter what the Supreme Court said in interfering with the election in Pennsylvania and North Carolina. The high court ruled erroneously, because “mail-out” ballots are against state law and were not necessary now that “early voting” in person proved to be effective where implemented in response to Covid-19 fears, which are ridiculous in their own right.

So, here we are, almost two months from the January 20 Inauguration Day, and a threatened Democrat Party national mask mandate and economic lockdown catastrophe. Whatever the election “recounts” and “audits” find, which probably will be zilch, there is a pending emergency on the horizon, and only President Trump can decide how to respond for the country.  In a Nov. 6 statement, Trump assured the American people, “that I will never stop fighting for you and our nation.”

There are signed affidavits of voter fraud that are not being investigated by U.S. and state district attorneys. According to surveys, an estimated 70 percent of the 71 million people who voted for President Trump believe the election was stolen from him.

But there is more, and that involves Joe Biden, who has never been thoroughly investigated for the serious allegation that his family used his political influence to benefit financially from the Chinese Communist Party, which runs China.

Why does everything have to be so “neat and tidy,” at this point in American history. The British burned Washington, DC, to the ground in the war of 1812, yet the country endured. Democrat President Andrew Jackson ordered the slaughter of many tens of thousands of American Indians. At Gettysburg in 1863, an incredible 51,000 soldiers were killed or wounded in three days of fighting during the crucial battle of the Civil War.  The election of 1876 was won by one electoral vote when the Republicans agreed to end military occupation of the South during Reconstruction in exchange for the presidency of Rutherford B. Hayes. Democrat President Franklin Roosevelt broke precedent and ran for a third term.

This disputed election and the prospect of a Joe Biden presidency is enough for all patriots to say a collective, “Whoa,” and to realize that nobody besides President Trump is as well situated as him to decide what to do about this mess. Perhaps the 2020 contest will be “thrown into” the Congress as per the 12th Amendment to the Constitution, where the Republicans could vote to give re-election to President Trump. That certainly has some level of plausibility if not even likelihood.

Hilary Clinton told Joe Biden before the election never to concede, and now Trump can follow her advice as well. Trump is a president who received 71 million votes without one being in doubt of legitimacy. He has 87 million Twitter followers. The American people love Trump; nobody “loves” Biden. Trump will continue to be harassed and persecuted were he to leave office, and therefore, has no incentive to acquiesce to a “peaceful transition.” All President Trump need do is clearly state why he is not conceding and seeking new elections, and at least 50 million Americans will unflinchingly snap to attention. The “unitary executive theory” means that the president is a veritable monarch if he believes the Constitution and the American Experiment is in jeopardy.

Trump reveres the U.S. military and in return servicemen and women everywhere love him in return. Trump unabashedly supports the police forces of this country and the policemen and women back him without reservation. Three in 10 Americans say they own a firearm, and nearly all of them likely voted for President Trump. There is no army to defy him or law enforcement who would arrest him, and tens of millions of Americans would come to his immediate aid. It is Trump’s call to make and it can be messy. Of course, if he walks away, that is his call too. He has earned it, either way.