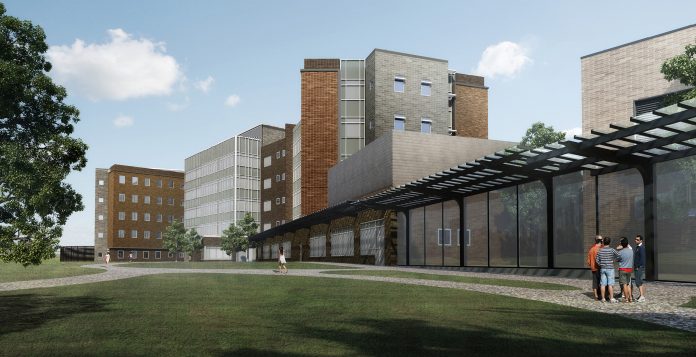 New York State has decided to reopen the emergency Covid-19 field hospital in Staten Island, to help medical facilities as they have become overburdened with the current resurgence of the pandemic.  On Monday, Gov. Andrew Cuomo announced that the southern part of Staten Island is now designated as an “orange zone”.

As reported by the NY Post, hospitals in the borough contacted the state requesting assistance, which led the governor to open the emergency COVID-19 facility equipped with a 100-bed capacity at the borough’s South Beach Psychiatric Center.  “Staten Island has such an issue that it has triggered a hospital capacity issue,” said Cuomo. “And the hospitals have contacted us and they say they need emergency beds on Staten Island.”  In the spring, when the pandemic was at its peak, that facility treated up to 200 people, on two floors, as per the state.

Cuomo has designated parts of southern Staten Island, including Tottenville, Bay Terrace, Pleasant Plains, Great Kills and Annadale, as an “orange zone”, due to its a medium-risk.  Those areas will have more coronavirus restrictions, while the rest of the borough will become a less-risky “yellow zone”.

The “orange zone” classification restricts those areas to maximum gatherings of only 10 people both indoors and outdoors, school closures, closure of high-risk non-essential businesses such as gyms and hair salons, outdoor dining only with a four-person maximum per table, and 33 percent capacity limits at houses of worship.  By contrast, a “yellow zone” is limited to maximum gatherings of 25 people outdoors, schools remain open with the addition of mandatory weekly testing, both indoor and outdoor dining has a four-person maximum per table, and houses of worship are limited to 50 percent capacity.

Mayor Bill de Blasio and Gov. Cuomo have also indicated that all of New York City is heading towards an orange zone designation, as coronavirus infection rates continue to climb.  Upper Manhattan, specifically the Washington Heights area, has already been designated as a yellow zone.