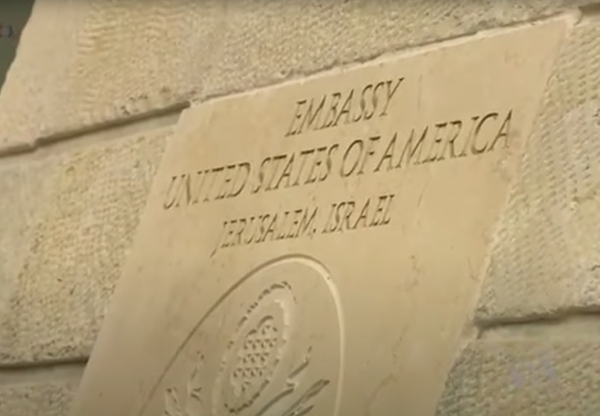 Exit polls indicate that President Trump received a record-number of Jewish votes this year with 30.5% nationally (up from 24% in 2016) and 43% in Florida helping him win that swing state by a healthy margin.

But as a pro-Israel advocate who has spent many years fighting for policies that help Israel and Jews survive in a world in which they’re surrounded by hate, I am once again dismayed by American Jews who – only 75 years since the Holocaust – fail to heed the lessons of history. Seventy percent insanely (and inanely) obsess over abortion rights, climate change, gun control, social justice, and illegal immigrant rights over their own survival and that of their brethren in Israel who are on the front lines of the war directed against all of us.

Non-Jews are bewildered by the voting patterns and ideology of American Jews who are predominantly tethered to the Democrat party, do not prioritize Israel as a voting concern, and support actual Jew-haters and Israel-bashers. I have written about the Democrat party’s problem with Israel and anti-Semitism and yet liberal Jews continue to ignore reality.

American Jews for instance are apathetic about Biden’s promise, should he end up as president, to rejoin the JCPOA — the crowning achievement of the Obama/Biden administration, second only to the partisan passage of Obamacare that led to millions losing their doctors and health insurance. They are unconcerned that the revived nuclear deal would lead to Iran, the world’s largest state sponsor of terrorism that openly calls for death to Israel and America, obtaining nuclear weapons by 2025. The only question seems to be how many planeloads of cash Biden would ship to Iran and how many of Trump’s crippling sanctions that have destroyed the Iranian economy Biden would lift to bring the mullahs back to negotiations – as Obama did.

Biden would be soft on terrorism, and that does not bode well for the U.S. or Israel. He advised Obama not to assassinate Osama bin Laden, advice Obama thankfully ignored. He criticized Trump green-lighting the assassination of Qasem Soleimani, head of Iran’s Quds Force responsible for the death and maiming of thousands of Americans. And at the U.S. request, Israeli agents just assassinated al Qaeda’s number two in command who had found safe haven in Tehran, belying any lingering notion that Iran and al Qaeda are not in cahoots or that Iran is moderating its behavior.

While still a candidate, Obama sent secret communications to the Iranians jumpstarting his plans to dismantle the pax Americana that maintained stability in the region for decades and replace it with an Iranian hegemon forming a Shia crescent to the Mediterranean Sea. Similarly, the Biden campaign arrogantly communicated with the Palestinians signaling an intent to undermine Trump’s Peace Plan and return to the Obama days of pressuring Israel to make concessions. This is a fool’s errand as Trump has proved that the Israeli/Palestinian conflict is not central to peace in the region. Unfortunately, acknowledging reality has never been Democrats’ strong suit.

In search of Muslim support, the Biden/Harris reach out to that community dwarfed any meaningful campaign message to the Jewish community. What promises could they make to American Jews after Biden’s eight-year record as Obama’s number two Israel-basher? Obama’s final f-you to Israel and the Jewish people was the promotion and passage of UN resolution 2334 that pronounced that Israeli “settlements” violated international law and as to which, for the first time in UN history, the U.S. did not exercise a veto.

Thankfully, Trump’s policies ignored 2334 and his Peace Plan included recognition of Jewish settlements in Judea and Samaria. Trump’s monumental pro-Israel measures, from moving our embassy to Jerusalem, which the U.S. now recognizes as the capital of Israel, to recognizing Israeli sovereignty over the Golan Heights can all be reversed under a Biden/Harris administration.

And they have both promised reversals. Trump cut-off PA funding because it’s used to support terrorism (he signed into law the Taylor Force Act designed to end the Palestinian practice of paying-off families of terrorists). Biden promised to resume Palestinian aid. Trump discontinued U.S. funding of the United Nations Relief and Works Agency, a bureaucratic behemoth that employs 35,000 Palestinians and educates (i.e. indoctrinates) generations of Palestinians to hate Israel and Jews while teaching jihad and martyrdom as the means of resistance to the “occupation.” Harris promised to resume humanitarian funding, thereby aiding the perpetuation of violence against Jews and preventing any possibility of peace.

Trump also closed the PLO mission in Washington that was opened under Obama/Biden as a step toward recognizing a Palestinian state. Biden and Harris have promised to reopen the mission proving a pro-Palestinian administration is back in town. And while Congress began steps to approve the sale of much needed “bunker busters” to Israel, it’s unclear that Biden would permit this given that Obama refused to do so.

There are numerous reasons why Biden/Harris would present dangers to Israel’s security in a region surrounded by enemies. The most important is their complete and total ignorance about the region and what drives the hate and violence. Biden has been consistently wrong on foreign policy for four decades and Harris has no experience in the realm. Under Obama/Biden, policy was dominated by the dangerous and ignorant notion that if only Israel conceded to Palestinian demands, peace would prevail. John Kerry, embarrassingly stated that there would “be no advanced and separate peace with the Arab world without the Palestinian process and Palestinian peace…That is a hard reality.” I repeat, Democrats have no clue what reality is, and they certainly don’t understand the Mideast.

Trump’s policies have led to no less than three of Israel’s Arab neighbors signing normalization agreements; many more – including Saudi Arabia – were expected to follow.  Biden/Harris have made it clear that they wish to return to the days of obsessing over a two-state solution between the peaceful Israel and terrorist-supporting, peace-rejecting Palestinians. Given the Palestinians’ push for an international peace conference coupled with anti-Israel animus at the UN and among much of the world’s nations, it’s likely that rather than Resolution 2334 being a final slap, it could very well be a new beginning given Biden’s role in its passage. After all, Democrats are addicted to dangerous and ill-conceived international agreements like the JCPOA.

It’s not just the Mideast where Biden/Harris are problematic for Jews. Jewish groups are now turning to Congress to help fight anti-Semitism given the increasing attacks across the country. FBI religious hate crime statistics for 2019 reflect that 60% are against Jews, an increase of 14%. And while I have documented the numerous steps that President Trump has taken to fight anti-Semitism, recognizing it as a unique form of hate, Democrats have done nothing to fight this scourge within their own party let alone across the country.

This is particularly concerning on college campuses where Trump’s Education Department under Betsy DeVos has been enforcing his groundbreaking Executive Order applying the protections of Title VI of the Civil Rights Act to Jewish students who face rampant anti-Semitic attacks. It is expected that a Biden/Harris administration would either unwind the EO or simply ignore it ending what was a crucial tool to fight campus anti-Semitism.

Trump blew up the Deep State in DC, but in the Middle East he united former enemies, bringing regional stability and peace far closer. American Jews couldn’t care less.  They hated Trump so they voted him out of office, the safety of the Jewish people be damned. They voted for people who refuse to denounce terrorism or anti-Semitism while supporting Muslim, black, and other anti-Semites the safety of American Jews be damned.

One day there will be a reckoning and these selfish, ideological Jews who worship at the Torah of Liberalism, whose religion is climate change, and whose raison d’etre, driven by hate and willful ignorance, was to get rid of the best friend Israel and the Jews have ever had in the White House, would blame everyone but themselves for what they have wrought on the rest of us.