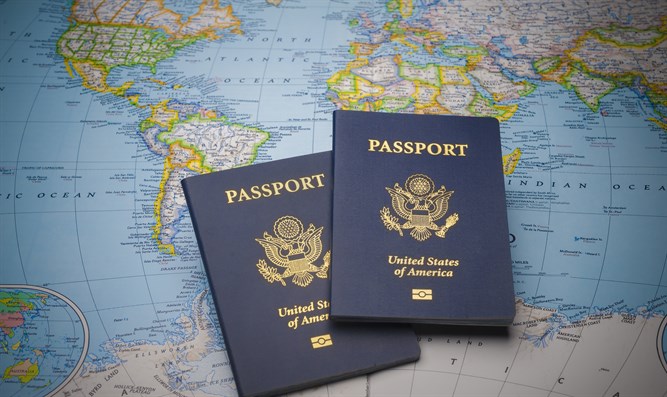 (INN) The United States will permit ‘Israel’ to be listed on the passports of citizens born in Jerusalem, according to a report by Politico.

The move, which was confirmed by a Trump Administration official, could be announced as soon as tomorrow.

Until now, US passport holders born in Jerusalem could not list their country of birth as Israel even if they were born in western Jerusalem due to US policy that the status of Jerusalem was to be determined in negotiations with the Palestinian Authority.

In 2015, the US Supreme Court rejected a lawsuit by parents of children born in Jerusalem demanding that they be permitted to have Israel listed as their place of birth on their passports.

However, in 2017, US President Donald Trump officially recognized Jerusalem as the capital of Israel. He also relocated the American embassy to Jerusalem in May 2018, ending US policy that refused to recognize any part of Jerusalem as part of the State of Israel.

The change in passport policy comes as the US officially dropped its opposition Wednesday to funding joint research projects in Israel which are conducted in Judea, Samaria, or the Golan Heights.

Prime Minister Binyamin Netanyahu and US Ambassador to Israel David Friedman met at Ariel University in Samaria Wednesday to sign an agreement on scientific cooperation Wednesday, paving the way for US funding of Israeli projects regardless of their location.

The new agreement nullifies limitations imposed in the 1970s on US-Israeli research cooperation which included a territorial clause, barring the US from providing funding for projects which went beyond Israel’s pre-1967 borders.

The US Embassy in Jerusalem announced Wednesday that the two sides had signed amended versions of three research agreements, ending the geographic restrictions.

Visit Isreal National News.com for up to the minute Isreal and World News