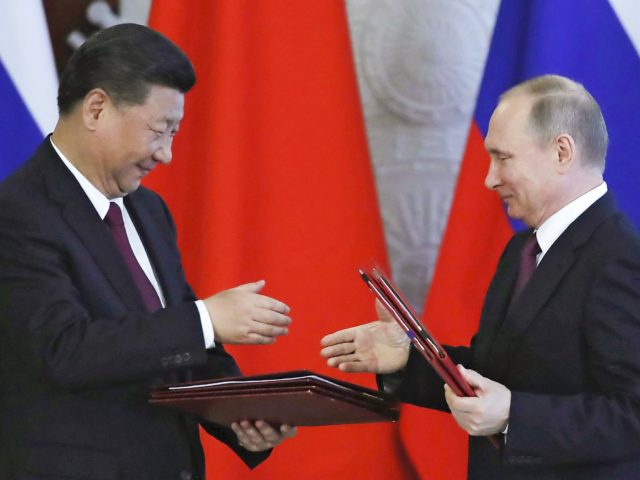 Hunter Biden, the son of former Vice President Joe Biden, allegedly acted as the “personal attorney” for Ye Jianming, the chair of a major Chinese energy firm, in a deal to buy a 14% stake in a Russian state oil company facing U.S. sanctions.

The stunning accusation was made by Tony Bobulinski, a former business partner of the Biden family, during an interview Tuesday evening with Tucker Carlson on Fox News.

However, the deal fell through, he explained, partly because CEFC tried to buy a 14% stake in Rosneft, the Russian state oil company. At that time, Russia faced sanctions because of its invasion of Ukraine and seizure of Crimea in 2014. The Financial Times reported that the CEFC deal was to help Rosneft find new markets “as relations deteriorate with the west.”

That deal, too, eventually fell through, as CEFC was investigated for corruption by China and other countries as well.

In September 2017, once CEFC had announced the deal to buy a stake in Rosneft, and the $10 million that CEFC was supposed to have invested in Sinohawk had never materialized, Bobulinski grew more concerned.

In October, he said, “I did reach out to Hunter Biden … asking him, ‘Hey, listen, they haven’t funded the $10 million, have you done something that I’m not aware of? Have you gone around us? Have you started a parallel discussion with Chairman Ye that I should be conscious of?”

Bobulinski said that Hunter Biden informed him, via text message, “I’m acting as the personal attorney to Chairman Ye.”

“Hunter Biden is now telling me,” Bobulinksi recalled, “that he’s meeting personally, one-on-one with Chairman Ye in his $50 million penthouse in New York, and if he can’t meet him, he’s picking up the phone and calling him, but they only discuss things in person.

“You can imagine my frustration,” Bobulinski said. “You’re acting as the personal attorney to Chairman Ye while they’re tendering for 14% of the Russian state-owned energy company, a deal valued at $9 billion? What am I missing here?”

Hunter Biden is reportedly licensed to practice law in the state of Connecticut.

Joel B. Pollak is Senior Editor-at-Large at Breitbart News and the host of Breitbart News Sunday on Sirius XM Patriot on Sunday evenings from 7 p.m. to 10 p.m. ET (4 p.m. to 7 p.m. PT). His newest e-book is The Trumpian Virtues: The Lessons and Legacy of Donald Trump’s Presidency. His recent book, RED NOVEMBER, tells the story of the 2020 Democratic presidential primary from a conservative perspective. He is a winner of the 2018 Robert Novak Journalism Alumni Fellowship. Follow him on Twitter at @joelpollak.