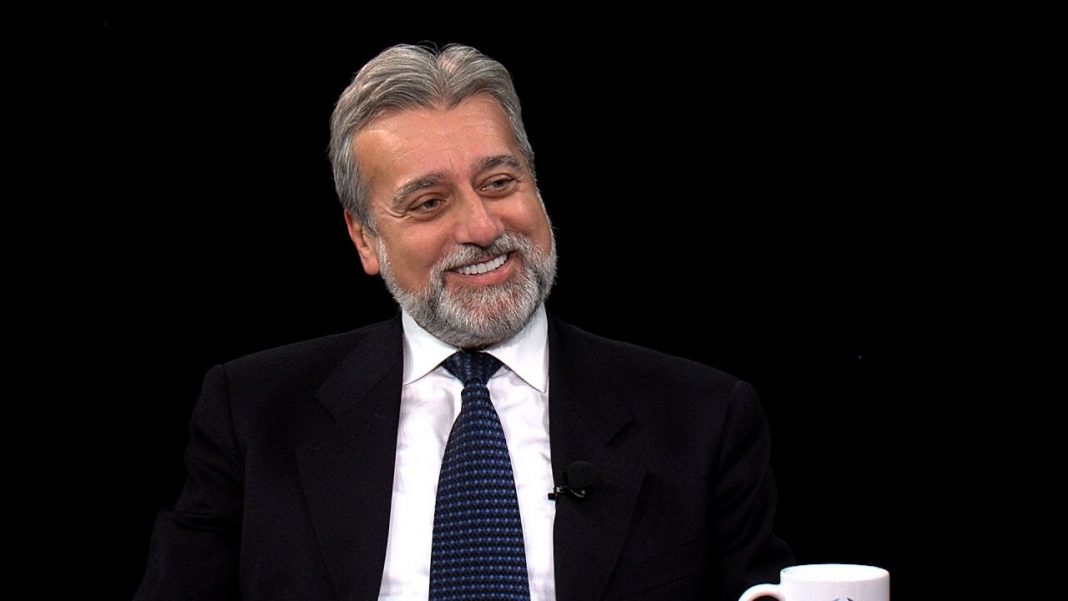 World Marks 28 Years Since the Passing of the Lubavitcher Rebbe

The historic Abraham Accords which signified a long lasting peace between Israel, the UAE and Bahrain is now only a little over a month old and things are moving at lightning speed to bring about harmonious relations.

On Friday, Rabbi Yehuda Sarna, the Jewish Council of the Emirates (JCE) New York based rabbi announced that the Jewish community of Dubai is getting its second full-time rabbi to serve the ever increasing community of Dubai residents and visitors to the gulf country.  The JCE is the nation’s oldest congregation and the one that is acknowledged by native authorities. The other Orthodox rabbi who is currently serving in Dubai is Rabbi Levi Duchman of the Chabad-Lubavitch movement.

Beirut-born Elie Abadie is a highly respected rabbi as well as a distinguished scholar of Sephardic Judaism presently who has resided in New York City. Rabbi Abadie fled with his family as a refugee to Mexico, ultimately making his way to the United States. It was in New York City that he built a vibrant community on the upper east side as the rabbinical leader of the Edmund J Safra synagogue. Rabbi Abadie single-handedly brought countless Jews back to their glorious heritage through his captivating Torah classes and litany of innovative activities and events.

Besides his rabbinical post at the legendary Safra synagogue, Rabbi Abadie’s other positions include vice president of the New York Board of Rabbis, co-president of Justice for Jews from Arab Countries and board member of the American Sephardi Federation and World Sephardi Education Center. He is also a renowned physician with a private practice in gastroenterology.

“The Jewish group of the Emirates deserves nothing better than a real renaissance man, a true talmid chacham in every sense of the word and a visionary builder,” stated Rabbi Yehuda Sarna. “He comes not solely with a way of indigeneity, being of the area, but additionally of internationalism. His fluency in each Arabic, in addition to six different languages, positions him as a novel useful resource to the complete area.”

His return to the region reflects the new spirit of reconciliation and reunion that is blessing these parts of the Middle East. Rabbi Abadie’s focus will be on nourishing and developing the Dubai Jewish community, and founding the institutions that will constitute Jewish life here for decades to come.

JCE President Ross Kriel added: “The appointment of Rabbi Abadie shows how the JCE is building the institutions for a confident, mature and thriving Jewish community in the U.A.E. With the rabbi’s expertise and leadership, we look forward to continued expansion and taking our place as a valued stakeholder in Emirati society.”

As Senior Rabbi, Dr. Abadie will address the growing spiritual needs of a residential community that has expanded significantly in recent years, and especially since the historic Abraham Accord between the U.A.E. and Israel in September. That treaty has emboldened increasing numbers of Jews in the U.A.E. to publicly identify as such after years of living in the shadows, uncertain about whether they would be accepted.

The spirit of tolerance and embrace that has engulfed the U.A.E. is also leading to growing desire for partnership and engagement among the Jewish community, as represented by the JCE, and many other local organizations and community groups. Dr. Abadie will take a lead role in these efforts, and in demonstrating the richness of Muslim-Jewish cooperation to the broader region.

Rabbi Abadie has been traveling to Dubai for the last two years, and in March of 2019, he led the community in completing the country’s first Torah scroll. On that memorable evening, almost 100 men, women and children joined him as they wrote their own letters in the Torah scroll.

“It is my distinct pleasure and honor to join and lead The Jewish Council of the Emirates as Senior Rabbi. Aside from my many years as a Senior Rabbi in New York City, I bring with me all of my heart and enormous excitement to this esteemed position. I look forward to meeting, teaching, and praying with all of the congregants and members of the Jewish community at large,” said Rabbi Abadie.

He added that, “I will be honored to share and celebrate in all of your semahot and rejoice in all of our holidays together. I feel like I’m coming home to my roots; to the region where I was born, to the language that I first spoke, and to the beautiful traditions and customs that I grew up with. Thank you for this wonderful invitation. Together we will grow and sow the seeds of the UAE Jewish community.”

In an interview with the Jewish Voice, Rabbi Abadie said that he will be leaving for Dubai in the first week of November but is planning on staying in close touch with the people that he and his family have developed long standing friendships with in New York. “Due to technological advancements, we now live in a world we are not all that far from one another and staying close is definitely a priority of mine.”