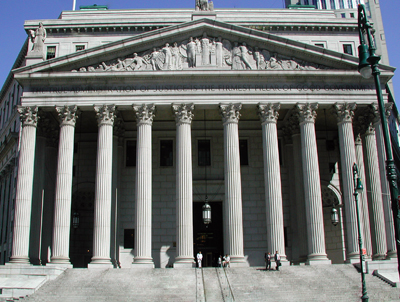 Twenty-six New York State court employees have been ousted after allegedly filing for unemployment checks during the pandemic while they were still employed.

According to published reports, they claimed to only have one source of income at the time that they were fired from their part-time jobs.

A majority of these scammers were court clerks, assistants, and officers, and were believed to be bringing in between $80,000 and $88,300 annually. This salary does not include any overtime wages, court officials said.

Speaking on anonymity, a court insider was disgusted by the behaviors of these employees whom he/she felt were intentionally trying to take advantage of a benefit they didn’t need. A benefit that kept millions of people off the streets, when the unemployment rate in July had risen up to 1.5 million while COVID19 was at its peak, and dropped to 1.2 million in August.

This case is still being investigated, Office of Court Administration spokesman Lucian Chalfen said, going on to share that investigators were originally tipped to 38 Unified court employees by the New York State Department of Labor, the NY Post cited.

The Inspector General opened an investigation, and at this time, only 26 individuals warranted further investigations. About half of the offenders work in NYC courthouses, the same source above said, and should anything come up, this case will be handled over to a District Attorney.

Chalfen refused to share whether or not those found guilty would be terminated from their jobs, but if they were, it’s too early to tell. There is a protocol that must be followed since the disgraced court employees are unionized workers.

“First come charges, then administrative hearing, then recommendations made to the Deputy Chief Administrative Judge … for action up to and including termination,” he said, according to the NY Post.

The court insider strongly believes that the offenders would not be fired from their jobs, and instead would receive an order from the Labor Department to repay the money they received in unemployment benefits, with interest added.

So far this year, The Labor Department has cited over $1 billion in unemployment insurance fraud and 40,000 fraudulent claims that federal prosecutors handled.