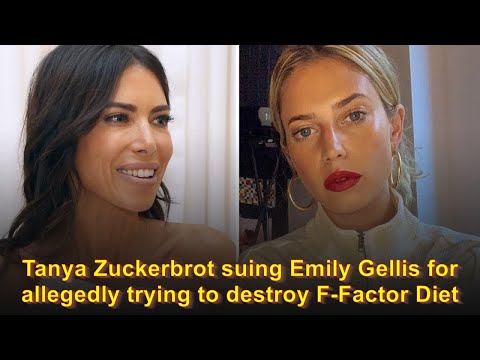 By Lieba Nesis
There’s a special place in hell for women who don’t help each other,” declared former Secretary of State Madeleine Albright nearly 30 years ago”-judging by the increasing acrimony between Instagram influencers Tanya Zuckerbrot and Emily Gellis these two are doomed for eternity.  While the MeToo movement pitting women against men has been the dominant theme these past two years, women can be far more undermining and backbiting towards each other than any man.  On August 1st 2018 Jennifer Aniston was asked about sexual harassment in the industry, declaring “in my personal experience I’ve been treated worse verbally and energetically by some women in this industry.”  I myself have been maligned both in the workplace and socially, predominantly by women.  The MeToo movement will never produce meaningful results until women acknowledge and redress hostility towards their own sex.  Tanya Zuckerbrot, creator of the F-Factor- a diet focused on high fiber (hence the F), low calorie intake believes she has been the object of this type of bullying and harassment by nemesis Emily Gellis.
Tanya is a one percenter with a billionaire real estate husband, a $22.5 million apartment, and trips that cost more than most people’s yearly salary.  She is beautiful, hardworking, and social.  An Instagram following of over 100,000 and a diet business that was raking in more than one million a month was also indicative of a significant amount of business savvy.  While her revenues since the “harassment” have decreased to $90,000 a month, curiosity abounds as to why she is suing Emily when her husband’s wealth enables her to take private jets to St. Barths, and wear jaw-dropping jewelry without blinking an eye.  Many fail to understand Tanya’s entire self image and esteem is tied to the brand she painstakingly built over 20 years.  She could easily wind down her career and meet friends for lunch every day.  Choosing to fight Instagram influencer Emily Gellis by hiring pitbull attorneys Lanny Davis and Dan Webb is Tanya’s way of taking back control after her husband Anthony Westreich revealed she is often unable to get out of bed because of the negative backlash. When Gellis started posting about Tanya’s “poisonous diet” in July and Tanya received hundreds of hate messages Zuckerbrot immediately took her Instagram private-most probably at the behest of her expert legal team.  Gellis took a similarly dramatic move two days ago when she made her Instagram private.  Gellis whose entire career is built on selling clothing and skincare products to her more than 200,000 followers on Instagram was undeniably advised by her lawyers, who she was able to hire after garnering $32,000 on a GoFundMe page, to take this career killing move in order to avert further liability.  However, this is too little too late as she has been posting nearly nonstop for the past 80 days on Zuckerbrot’s diet with hundreds of Instagram stories and the like.  This unfortunate move, has provided a significant amount of ammunition to Tanya and her lawyers who are preparing a massive legal battle to shut Gellis up.
A defamation claim proving the “falsity” of Gellis’s statements and that they were made with “actual malice” will be difficult to prove when Gellis was just reprinting diet complaints; however, the harassment and infliction of emotional distress claims might be valid causes of action.  An unfortunate consequence of this suit will be the stifling of freedom of speech by those with the power of the purse.  Emily, a struggling influencer whose husband works in business development, received more than 2,000 emails claiming the F-Factor diet caused sickness, rashes, cramps and disordered eating and felt it her to duty to come forward due to inadequate policing of the diet industry.  However, at some point an innocuous crusade became an all out war as Gellis said Tanya threatened to kill her family and both sides claimed to have been victims of bullying and threats of violence.  Tanya released a number of statements on her F-Factor Instagram account on October 15th declaring she was unprepared “for such a sudden, relentless attack against my company and my integrity.”  She added both a Certificate of Analysis and a 3rd party Toxicology report to the diet’s web site.  She went on to say, “moving forward, we will listen better, respond quicker, and be there for you to alleviate any concerns that may naturally result from changes to your diet.”  Tanya then acknowledged the fatal flaw she made on her Instagram by flaunting her wealth.  During the days of the pandemic where millions were unemployed and she received a $300,000 PPP loan many were outraged by her extravagant spending.  Moreover, Page Six revealing she took a private plane to Delray Beach during the period of quarantine along with her consistently posting pictures on a private jet with Louis Vuitton luggage and Chanel dresses made her a bullseye target.  As such Tanya apologized on the F-Factor Instagram by declaring, “with the benefit of hindsight I realize I may have shared too much, which may have seemed privileged at a time when many are struggling.”  Flagrant displays of wealth on Instagram are downright obtuse-you become a target of jealousy and in a worst case scenario a possible victim of crime (don’t forget the Kim Kardashian robbery).  Emily Gellis might be the primary casualty of this lawsuit as her main source of income from Instagram sales has been halted as her legal expenses exponentially grow.  However, the stifling of future whistleblowers who will be silenced by those with better attorneys will be the undeniable collateral damage inflicted on a society where the influence of the moneyed has spiraled out of control.