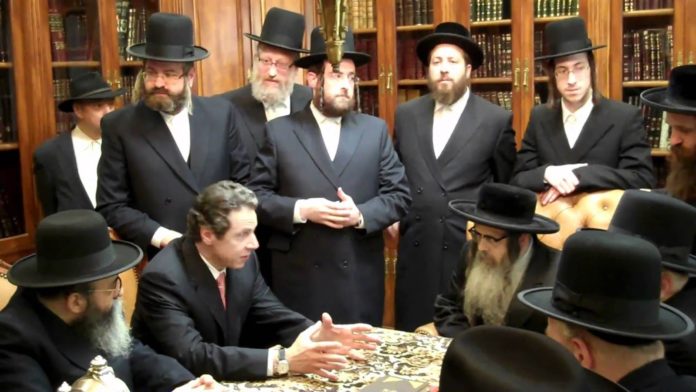 (VINnews/Sandy Eller) – A special order issued by the New York State Department of Health has banned a large Satmar wedding, an event that was expected to draw several thousand guests to Williamsburg this Monday night.

The wedding of the grandson of the Satmar Rebbe, Rabbi Zalman Leib Teitelbaum, was scheduled to be held at several locations in Williamsburg, with the chupah to be held in an outdoor courtyard. NBC News (https://bit.ly/37ei040) reported that Governor Cuomo said that it was a tip from the Rockland County Sheriff’s Department that had the state looking into the event which was expected to exceed the current restrictions limiting weddings in New York City to just 50 guests.

“You can get married,” said Cuomo. “You just can’t get a thousand people at your wedding. You get the same results at the end of the day. It’s also cheaper!”

According to CBS News (https://cbsloc.al/3klbuMk), the order to cancel or postpone the wedding if it will exceed allowable attendance was served to Congregation Yetev Lev D’Satmar on Friday evening. Beth Garvey, special counsel to Cuomo, said that the affected parties could request a hearing with New York State Health Commissioner Dr. Howard Zucker regarding the shutdown order.

While Williamsburg is located outside of any of the state’s color coded cluster zones, the size of the wedding, as well as the reality of guests coming from COVID hotspots, have officials worried and Mayor Bill de Blasio’s office has been in touch with Albany regarding the event and the potential for big crowds.

“Large gatherings without social distancing and masks are severe public health risks and all guidance will be enforced,” said Bill Neidhardt, the mayor’s press secretary. “We are looking for community cooperation and hope to see all public health guidelines followed.”