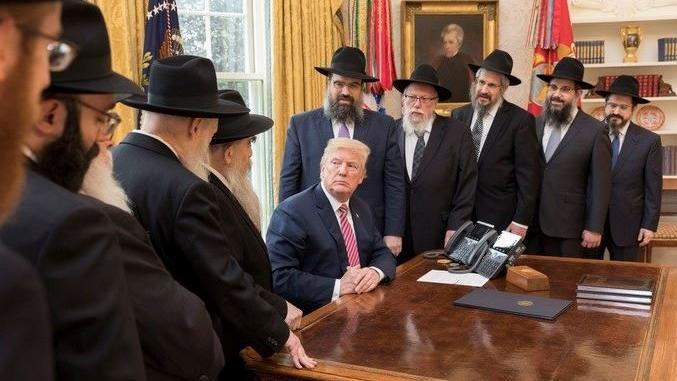 About ten (10) years ago before embarking on a speaking tour to the United States, several of my well intentioned friends wanted to know why I was even considering the trip.  They pointed out the great barometer known as a poll.  Apparently, the Jews of America were polled and it was determined that a whopping 78% of them voted for Barak Obama for President in 2008.  It was then late 2009 and Obama had already played many cards that showed he was hostile to Israel and was flirting with socialism as he became the ultimate apologist for the United States.

Being slightly stubborn and forever optimistic, I did some quick math.  I explained to my worried advisors that 100 minus 78 equals 22.  Therefore, I explained that at least there was the other 22% to whom I might be able to speak to.  I learned on my trip that a lot of America was divided and so were its Jews.  The once famed “goldine medine”, at least for the vast majority of Jews was a giant wasteland as they were assimilating into oblivion.

A couple of years later after much hostility towards Israel by the US administration, IRS discrimination against Conservative charities, pro-Israel charities, etc, the election of 2012 gave many US Jews the chance to rectify their error from the prior election.  Yet, still a resounding 69% of the Jews voted for Obama and not the Republican, Romney.

Today, we are watching the Democratic party become an extreme left wing, pro-socialist party that is full of haters of Jews, Israel, and free speech.  Yet the latest polls are showing that only 22% or 23% of American Jews are going to vote for Trump.  Will this actually happen while American cities are burning and reeling from organized thugs of Antifa and BLM?  Will Jews vote to have their synagogues burned down?  Will they vote so that it will become continuously more difficult to attend colleges and universities if you stand out as a Jew?  The answer is ‘yes’ and ‘no’.

There is a catch to the Jews of America being polled.  It is well established that the overwhelming majority of Orthodox Jews in America support Donald Trump.  Same thing holds true here in Israel.  A huge majority of Jews in Israel would, if they could, vote for Trump over Biden.  And so, the flame of divisiveness between the Jews grows higher and higher.  But is this really so?

In reality, I believe that those who are identified as Jews will vote around 30% for Trump.  The problem today is that, intermarriage and assimilation being so high, there are many, many, people who aren’t halachically Jewish but are considered by some (including polls) to be Jewish.  There are others who are Jewish but to them it doesn’t mean very much.

We are taught that when the Nation of Israel left Egypt after the ten (10) plagues, fully 80% of them remained in Egypt and disappeared.  We are the descendants (plus converts) of the 20% who saw the miracles, believed, and joined Moses in the journey to the Holy Land.

Is Trump good for the Jews?  Notwithstanding the never to be realized peace plan with the fake nation called Palestinians, I do believe that Jews who are in America today should vote for Trump and never consider voting for Biden which means Biden’s handlers.  I believe Trump is well intentioned concerning the Jews and Israel.  But please don’t believe in false Messiahs.  Whether Trump wins or, G-d forbid, loses, they are coming out of the woodwork and coming hard and fast.  Anti-semitism is acceptable in America and certainly in Western Europe.

Ultimately, we are commanded to go home and live as a separate nation in our land as a light unto the nations.  If you haven’t yet come home, vote in two (2) weeks for Trump and the whole Republican line.  Make sure your passport is valid.  Look forward, homeward bound, to the Promised Land.  Come home while it is still possible.  Whether it’s 20% or 30% or 40%, what’s good for the Jews is to realize our time has come.  Time to come home.

Joel Yosef Busner is the director of the  Buy a Piece of Israel organization.

Dershowitz: This is Trump’s Only Path to Victory