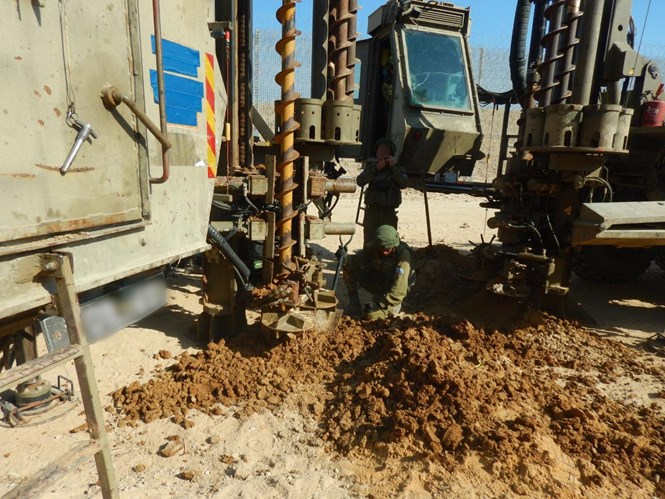 (Israel National News) The IDF Spokesperson’s Unit updated on Wednesday evening that, following an investigation into the route of the terrorist tunnel that was uncovered on Tuesday, it can be determined that it was dug by the Hamas terrorist organization.

The terrorist tunnel had penetrated into the territory of the State of Israel from the southern Gaza Strip, in the Khan Yunis area. The IDF stated that the tunnel that was exposed did not cross the underground barrier and did not pose a threat to localities in the area.

IDF Chief of Staff Major General Aviv Kochavi visited Rambam Hospital in Haifa earlier on Wednesday and commented on the discovery of the tunnel.

“The tunnel that was located and exposed in the Gaza Strip shows that the threats have not disappeared. In the past 24 hours there was activity in all sectors – there are challenges other than the coronavirus, and we are determined to address both the existing and future threats.”