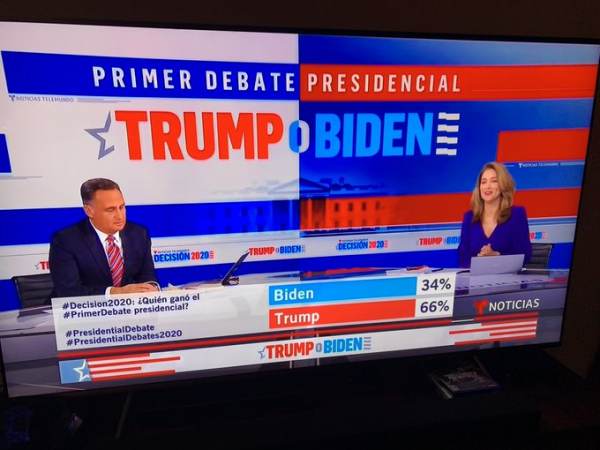 Following the debate on Tuesday night Hispanic voters on Telemundo OVERWHELMINGLY gave the debate to President Trump 66% to 34%. This was the most interesting poll which was released after the debate. Is this a sign of how this demographic will vote in November?