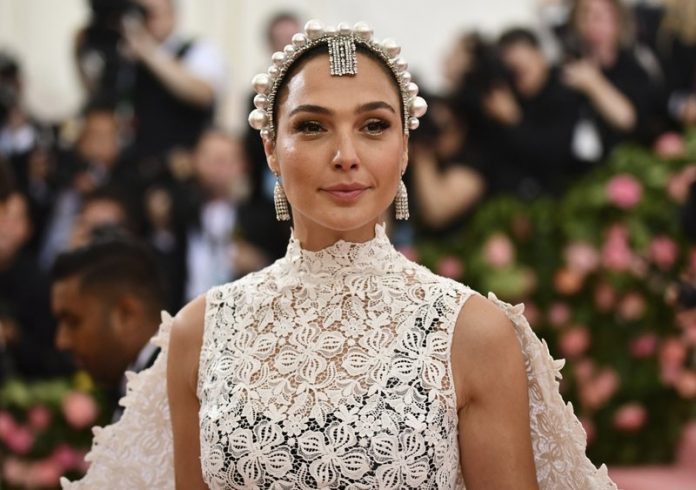 Tel Aviv, Israel — In the early 1980s, in many Israeli homes, Friday
afternoons were dedicated to family gatherings around the TV to
watch Egyptian movies. I was captivated by the unique, musical
Egyptian dialect of Arabic, the dramatic acting and the emotional
songs. I was especially intrigued by the Jewish actress Leila
Mourad, born 1918. With her carefully etched eyebrows and radiant
face, she was known as the “Cinderella of the Egyptian Cinema.”
Mourad’s high status is telling of the spirit of those years, which was
characterized by pluralism, and of a relative freedom enjoyed by
Egyptian Jews.

Fast forward to a few days ago when I came across an article about
the Israeli actress Gal Gadot being cast as Cleopatra. I was so happy
for her. As a former actress myself, I know what it means to receive
such a role. Moreover, after her great role as Wonder Woman, I was
sure she would mesmerize us again. However, the escalating
backlash about Gadot’s casting that followed the announcement
struck me to my core. One tweet, in particular, affected me in its
desire to silence Gadot’s exposure. It said “the problem here is
letting Israelis be involved in telling stories about Middle Eastern
history”. 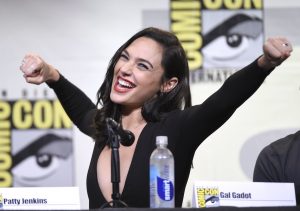 Sadness mixed with disappointment passed through me. My
immediate response was a visceral and deep anger, which quickly
translated to a need to act.

At once, I was reminded about the importance, and relevancy, of the
deep research I did about Jews in Arab and Islam countries during
my Master’s in Diplomacy. This groundwork became a journey in
time to places where my ancestors once lived (my grandparents
were from Lebanon, Syria and Iran), and beyond, as I studied and
worked to retell the forgotten stories of Jewish communities in
Muslim-dominant lands.

In the course of my life, I developed a deep connection to 11 Jewish
communities in the Arab world: Morocco, Algeria, Tunisia, Libya,
Egypt, Yemen and Aden, Iran, Iraq, Syria and Lebanon. After
working in Morocco, as an actress and as an executive producer of
Israeli and French movies, for about two years and becoming
acquainted with the stories, daily rituals, and wedding ceremonies, I
decided to translate my research into a live exhibition.

“Leaving, never to return!” debuted at the Eretz Israel Museum in
Tel Aviv, 2019. The exhibition title was inspired by the Arabic
stamped on the exit certificates and passports of hundreds of
thousands of Jews: رجعة بدون رحلة) literal translation “a trip with no
return”).

Theirs are stories worth telling. They were my ancestors’ stories,
and Israel’s ancestors’ stories. Descendants of the Jews of Arab and
Islam countries make up more than half the current population of
the State of Israel.

But how did this Arab-Jewish history happen? Does it still exist?
And, and why don’t people talk about this interwoven cultural link
and connection with our Arab neighbours? Like a lot of unspoken
history, I believe that the pain has caused us to forget the good.

For over 2,500 years, hundreds of thousands of Jews lived in
ancient and prosperous communities in North Africa and the Middle
East. However, notwithstanding their sense of connection to the
cultures of the Muslim countries in which they lived, Jews
throughout the generations, and especially in the modern age, also
suffered hardships. This forced many of them to uproot and become
refugees, eventually numbering about 850,000 between the years
1972-1948.

A combination of different factors led to the mass exodus of Jews
from Arab countries. Some of the Jews lived under threat and
persecution, riots and harassment; their property and belongings
expropriated or confiscated, their rights breached. Some were forced
to sign documents that required them to relinquish their possessions
in order to be permitted to leave the country. Essentially all of their
property was confiscated and often their wealth was determined by
what they could carry in one suitcase.

Unfortunately, throughout my research, I realized how many people
lacked this information — I prefer not to call it ignorance. But when
I read the ugly social media responses to Gal Gadot’s casting, which
mainstream media broadcasted without a second thought, this lack
of information seemed to highlight a cultural illiteracy. That critics
felt emboldened to claim Israelis have no place to contribute to Arab
or Middle Eastern storytelling was a reminder why I created my
exhibit in the first place.

I had a pressing need to correct the injustice done to Arab Jews by
giving them a platform to have their stories heard about their
contributions and connections to countries they once called home.
That silencing was not going to happen again in my lifetime.

My deep and broad research included in-depth interviews with
surviving Arab Jews of varying origin countries; locating original
sound, video and hundreds of rare and sacred documents and
objects like ceremonial dress, instruments and even a Piano that
once belonged to the great Jewish-Tunisian well known singer,
Habiba Msika. Examining all of these helped me in deciphering a
cultural, social, religious and political cipher of a millennium of
Jewish life.

What I discovered was that alongside the tragedy, there was a
flourishing cultural, economic, social and communal prosperity and even the Islamic environment in which the Jews lived positively
influenced their lives and works.

Jews integrated well beyond their relative share of the population
(both Muslim and European) into the state’s economy: commerce,
banking, private business and professions (including doctors, nurses
in hospitals and clinics, pharmacists, journalists, lawyers, university
professors and teachers).

For the #Cleopatra critics, let’s focus on Egypt, where the Jewish
people have a long, cultural rich and complicated history. Our story
extends well beyond the biblical and Pharaonic time of Joseph and
Moses.

Several of the greatest Jewish thinkers – including Rabbi Saadia
Gaon and Maimonides – prospered in Egypt. In 1864, the Cairo
Genizah was discovered at the Ezra synagogue in Fustat (Old
Cairo), shedding light on the lives of the Jews in the 9th to 11th
centuries. The golden age of Egyptian Jewry began in the early 19th
century, under the Ottoman ruler Muhammad Ali Pasha, and
continued until the mid-20th century. During this period, the
community grew from 7,000 members (including some 2,000
Karaites) to 80,000 members. This was a highly heterogeneous
community in terms of the origins of its members, the languages
they spoke, and their occupations. About a quarter of them were local Jews, and the rest were Sephardic, Ashkenazi, Karaite, Greek,
Turkish and Italian Jews.

One example of the cultural heterogeneity characteristic of this
period is the Yiddish theater that operated in Cairo for over 30
years, catering to the Ashkenazi community that had come from
Europe in the 19th century and did not speak Arabic. A Jew, Joseph
Katawi, was appointed as King Fuad’s minister of finance. The first
banks and sugar refineries in Cairo were established by Jews. The
Jews also cultivated the desert land along the Nile, providing
agricultural work for hundreds of thousands of peasants. The
Suaretz-Mosseri family built the first network of railroads in Egypt.
The stock market and most of the banks were closed on Saturdays
and on Jewish holidays, since most of their employees were Jews.
The department stores and fashion import business were also owned
by Jews. The community founded dozens of schools, which catered
to both wealthy and poor students, as well as synagogues in Cairo,
Alexandria, and peripheral cities. Jewish athletes represented Egypt
at international competitions and won medals. Jacob James Zanuaa
founded the first theater in Egypt, and Togo Mizrahi was one of the
pioneers of the Egyptian film industry. Jews were among the
country’s best actors and singers. This was the golden age of
Egyptian Jewry in the modern era – 150 years of cosmopolitan
coexistence on the boards of the Nile that ended in the mid-20th
century.

Leila Mourad, the legendary screen-star who fascinated me during
my childhood, was born to a lineage of rabbis and religious judges.
Her father was of Iraqi origin; her mother, Polish. Yes, Ashkenazi
Jews lived and thrived in Arab lands. Mourad left behind a musical
legacy including over 1,200 songs and films that have become part
of modern Arab culture, and her other Jewish peers were also major
pillars in the cultural history of Egypt.

So, having Gal Gadot, an Israeli (of Ashkanazi descent who is
married to an Israeli of Turkish descent), play Cleopatra, is only a
direct continuation of the glorious history of Jews living and
contributing to the complex and cultural rich in Egypt for thousands
of years.

If there’s anything I learned from Leila Mourad, it was the
intermingling of cultures and identities that happens in the arts and
culture. Leila may have been Jewish, but her listeners were Jewish,
Muslim and Christian, and she needed her diverse audience to
become a star. It’s in that space of mutual interdependence that
gives us hope. There was not only cultural contribution, but an
understanding of a shared humanity.

Now, if only I could make that message go viral in the world’s
media.

Dana Avrish is a multi-disciplinary artist, creator, curator, lecturer,
designer, researcher & mother of two beautiful children. A third-generation Israeli to grandparents from Iran, Lebanon and Syria.  Based in Tel Aviv.

New Book Focuses on the “Racial Hoax That is Killing America”

Is Mayim Bialik too Jewish for ‘Jeopardy’?

Remembering Rabbi Meir Kahane, ztk’l and Those Who Refused to Understand Him