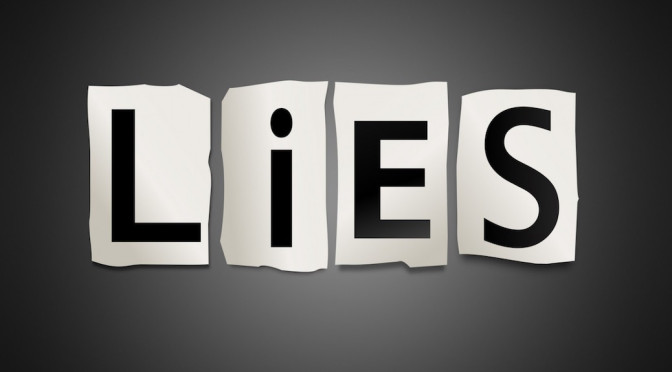 Biden recently claimed that when he was a teenager, he regularly attended church services at the (black) Union Baptist Church in Wilmington, Delaware.  Biden has claimed he did this because he identified with blacks’ struggle for Civil Rights, so he became a Civil Rights organizer at this church.

But people from the church deny that it ever happened.

Biden stated this lie to a crowd of parishioners at the Bethlehem Baptist Church in South Carolina on Jan. 20, telling them that on Sunday mornings, he’d first go to the 8 A.M. Catholic Mass and then went to Reverend Herring’s church to help them organize their Civil Rights plans.  He said, “I got my education, for real, in the black church, and that’s not hyperbole.  It’s a fact.”

Several days earlier in Iowa, at an NAACP event, Biden also iterated the claim, saying his “political identity” was shaped by his experiences at the church.  He said, “I was raised in the black church politically — not a joke.”

But it simply isn’t true.  Congregants and a longtime assistant to Herring at the prominent black church said they never remembered Biden attending as he claimed and said he met Herring as an adult.

Two longtime members of the church, Phyllis Drummond and Juanita Matthew, both denied ever seeing the teenaged Biden there.  The latter said, “Herring only befriended Biden after the newly elected senator’s wife and daughter were killed in a tragic car accident in 1972, but called the lawmaker “a great friend of the church and the pastor.”

In January, Black Lives Matter affiliate Shaun King said Biden is a “serial liar, “and said he had spoken to ‘former members’ and people close to Herring’s family who said the claims were untrue.”  He said, “Four different people in Wilmington expressed to me that these claims of Biden are so outrageous and dishonest that it caused them to truly worry for his mental health.”

This is far from the only time Biden has ever lied about his background in order to reap political benefit.

* In 1987, Biden plagiarized from a Neil Kinnock speech, and a few weeks later, he inflated his class rank in his law school class, saying he’d graduated in the top half of his class, when in fact he graduated 76 out of 85.

* In autumn 2019, Biden told a town hall in South Carolina that he “got started out” at Delaware State University, a Historically Black College.  But DSU says it has no record of Biden ever having attended.

Here is a clip of Biden’s falsehood.

* In the same N.Y. Post article already cited, Biden claimed that “he called Serbian leader Slobodan Milosevic a ‘damn war criminal’ to his face during a 1993 meeting, but people in attendance said they couldn’t recall such an exchange.”

* Biden told Charlamagne Tha God on the latter’s The Breakfast Club radio show on May 22, “Take a look at my record.  I extended the Voting Rights Act for 25 years.  I have a record that is second to none.  The NAACP’s endorsed me every time I’ve run.  Take a look at the record.”

The following day, the NAACP issued a statement refuting the false claim, saying the NAACP is a “non-partisan organization and does not endorse candidates for political office at any level.”

* In Columbia, South Carolina on February 8, before the S.C. primary, Biden said he was in South Africa while Nelson Mandela was in jail there, claiming he met Mandela and was arrested in Soweto while trying to meet him.

It turns out that when Biden deplaned, the Afrikaaner security officers directed him to use the “Whites Only” entrance into the terminal, and he refused.  That is the only time Biden was “stopped.”

* Biden made up a story about pinning a Silver Star on a soldier’s uniform.  The Washington Post wrote, “Biden got the time period, the location, the heroic act, the type of medal, the military branch and rank of the recipient wrong, as well as his own role in the ceremony.”

* At the ABC News debate of February 7, 2020, Biden spoke of voting for the Iraq War.  He said, “From the moment Shock and Awe started, from that moment I was opposed to the effort, and I was outspoken.”

It is all a lie.  This is what he said in a speech filmed by C-SPAN on July 31, 2003: “Some in my own party have said it was a mistake to go to Iraq in the first place.  But the cost of not acting against Saddam, I think, would have been much greater.”

* Then there is the lie about Biden’s claim to have supported the Civil Rights movement.  In a speech on July 17, 1988, Biden said he’d marched “with tens of thousands.”

But in a speech filmed by C-SPAN on September 17, 1987, Biden said, “During the 1960s … I was not an activist.  I worked at an all-black swimming pool in the east side of Wilmington, Delaware.  I was not out marching.  I was not down in Selma, I was not anywhere else.”

* According to a 2008 article in the Newark [Delaware] Post, Biden said this about the 1972 automobile accident in which his first wife and their daughter was killed, and their two sons injured: “A tractor-trailer, a guy who allegedly — and I never pursued it — drank his lunch instead of eating his lunch, broadsided my family and killed my wife instantly and killed my daughter instantly and hospitalized my two sons.”

* At an event in Las Vegas, Biden claimed that after Nelson Mandela was elected president of South Africa, Mandela went to Washington and visited Biden in his office to thank Biden for trying to see him.

That is a total lie.  This never happened.