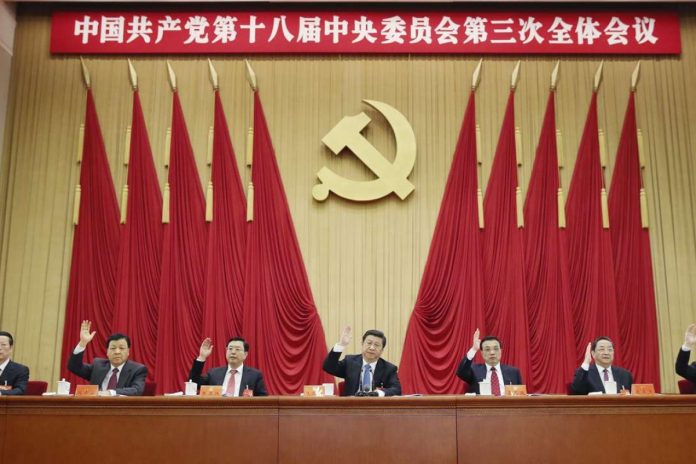 (TJVNEWS)Christopher Balding, Associate Professor at Peking University HSBC School of Business Shenzhen, China and also Bloomberg contributor, released a devastating report exposing Biden activities in China which “the press has simply refused to cover”, and which reveals “how Biden was compromised by the Communist Party of China.”

Balding said on his Global finance blog:  that he had really “not wanted to do this but roughly 2 months ago I was handed a report about Biden activities in China the press has simply refused to cover. I want to strongly emphasize I did not write the report but I know who did.”

The professor also Tweeted: ‘I will not be disclosing the individual who did write this report. They have very valid reasons to fear for both their personal safety and professional risks. Throughout the years that I have known this individual, we never discussed politics. I have never heard them criticize any political party other than the CCP. They are not a Republican’

Balding summarized the report’s contents in his series of tweets:

Hunter Biden is partnered with the Chinese state. Entire investment partnership is Chinese state money from social security fund to China Development Bank. It is actually a subsidiary of the Bank of China. This is not remotely anything less than a Chinese state funded play.

Though the entire size of the fund cannot be reconstructed, the Taiwanese cofounder who is now detained in China, reports it to be NOT $1-1.5 billion but $6.5 billion. This would make Hunters stake worth at a minimum at least $50 million if he was to sell it.

Disturbingly, everyone on the Chinese side are clearly linked with influence and intelligence organizations. China uses very innocuous sounding organization names to hide PLA, United Front, or Ministry of Foreign Affairs influence/intelligence operations. This report cannot say Hunter was the target of such an operation or that China even targeted him. However, based upon the clear pattern of individuals and organizations surrounding him it is an entirely reasonable conclusion.

Finally, the believed Godfather in arranging everything is a gentleman named Yang Jiechi. He is currently the CCP Director of Foreign Affairs leading strategist for America, Politburo member one of the most powerful men in China, and Xi confidant. Why does this matter?

He met regularly with Joe Biden during his stint as Chinese ambassador the US when Biden chaired the Senate Foreign Relations Committee.  Later he was Minister of Foreign Affairs when the investment partnership was made official in 2013. Importantly, the Taiwanese national listed MOFA institutions as the key clients in helping to arrange everything. Yang would clearly have known the importance of Hunter Biden and undoubtedly would have been informed of any dealings. Given that he is now the point person in China for dealing with the US this raises major concerns about a Biden administration dealing impartially with an individual in this capacity. These are documented facts from Chinese corporate records like IPO prospectuses and media. They raise very valid concerns about Biden linkages to China.

Here is a link to the entire report

THESE ARE THE 10 MOST IMPORTANT FINDING OUTLINED IN THIS BOMBSHELL REPORT:

Trump: ‘We Don’t Have Freedom of the Press in This Country”- Trump Vows to Fight on