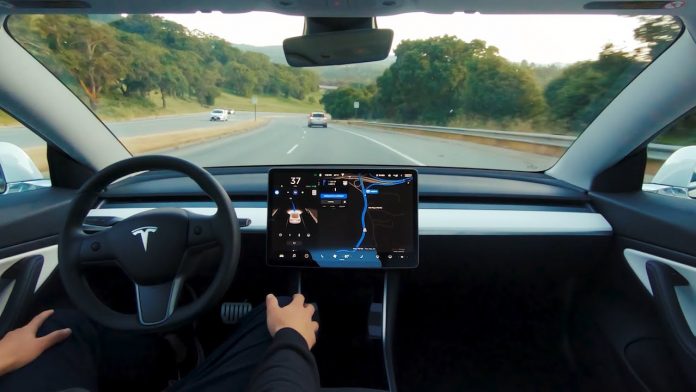 Tesla released its much-awaited “Full Self Driving” beta that it had also warned drivers that the software “may do the wrong thing at the worst time.”

“Full Self Driving” beta test car stops in the middle of an intersection, causing the car behind it to honk. Then the #Tesla cuts across a solid white line to make the turn.
(Video of Kristen Yamamoto) cc: @Tweetermeyer $TSLA $TSLAQ pic.twitter.com/jOB9O26nrC